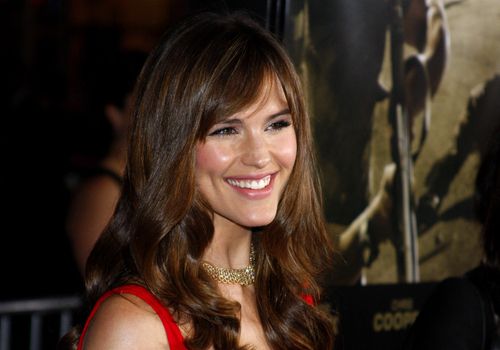 Despite working on her current movie, Jennifer Garner is taking the time to give back to the people of Atlanta, Georgia.

The 43-year-old actress is currently filming Miracles from Heaven, and on her only day off last Sunday, she and her costar, Kylie Rogers, visited Children's Healthcare of Atlanta at Scottish Rite. During her visit, Garner met a 9-year-old patient named Henry Shepherd, who has been diagnosed with Osteosarcoma, a rare form of bone cancer.

Everett Collection / Shutterstock.com Jennifer Garner happily posed with Henry, Henry, Henry's twin sister, and Kylie, at his bedside. Garner visited Henry for about 10 minutes as he was getting his final chemotherapy treatment, andhis mother, Carrie Shephered described the actress as "very down to earth, very kind, has a big heart and very genuine." Source: ETonline.com "We didn't know we were going to meet her, it was a complete surprise," she further shared. "She, like me, is a mother of three. It was an honor to meet her. She's a big celebrity but more than that, just a nice, kind and warm person." Henry said he was "surprised" by Garner's unexpected visit, where they talked about making movies in Atlanta, and couldn't help but laugh about the actress, saying "she was very nice." ‘Miracles from Heaven’ is based on a true story about Christy Beam’s daughter who miraculously overcame a rare disorder that forced her to eat with tubes and carry colostomy bags instead of using regular bathrooms. After Beam’s daughter fell three stories, the book reveals the young girl visited heaven and was later cured of her rare condition.’ T.D. Jakes and Joe Roth, who produced Heaven Is for Real, are producing along with DeVon Franklin, the preacher and former Sony exec who is now a producer based on the studio’s Culver City lot. (Source: ETonline.com)
Previous articleJessica Lange is in Talks to Return to 'American Horror Story'
Next articleHere's the Novel Scarlett Johansson Tried to Have Banned