HomeCelebritiesJaden Smith Claims He Used to be a Vampire 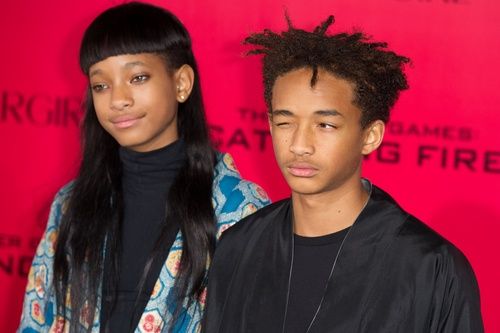 LOS ANGELES, CA - NOVEMBER 18: Actors Jaden Smith and Willow Smith arrive at the premiere of The Hunger Games: Catching Fire at the Nokia Theater in Los Angeles, CA on November 18, 2013

Jaden Smith reveals he used to be a vampire.

Jaden Smith has evolved beyond his traditional child acting roles. From a self-proclaimed philosopher to his drive to be one of fashion's most influential models, the young Jaden Smith has fought hard to create a new lane for himself in Hollywood. Now, in a newly-released interview with French magazine Numero, Jaden Smith has revealed details on one incredibly strange part of his past. Specifically, Jaden Smith revealed to the French magazine that he was once an actual “vampire.” “During a period of my life, I was Gothic… I was only wearing black and I was hiding from the sun because I was a vampire,” he tells Numero. Further elaborating, Jaden Smith explained that he only wore “black trench coats” and never risked exposure to direct sunlight. Thankfully, the rapper-actor-model admited that he has grown out of that phase of his life. “Now I’m not a vampire, I’m out of this phase… I open myself up to wear more colorful things, to go out in daylight. I share much more mixed energy.” While it’s strongly possible that Jaden Smith is joking, at least his new goals in life are far removed from his obsession with vampires. ”All I want to do is help the world and make it better. I want to leave a mark before leaving,” reads one of the interview’s quotes. For more, you can check out the entire Numero feature in the Autumn/Winter 2016-2017 issue available at newsstands.
Previous articleKevin Hart and Jimmy Fallon Visit a Haunted House and It's HILARIOUS [VIDEO]
Next article10 Highest Paid Dead Celebrities of 2016