Harry Potter fans were given a major Halloween treat on Friday as the author of the best selling series released six new stories. J.K. Rowling put the new tales on Pottermore, along with an, Dolores Umbridge, the Ministry of Magic. Read more: Warner Bros. Reveals 3 Harry Potter Spin Offs and 13 Other Movies Coming Soon 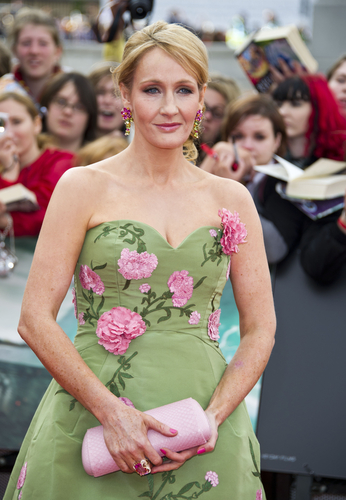 Rowling reveals that the evil Hogwarts professor is based on someone from the author's real life. She describes the actual woman as someone “whom I disliked intensely on sight. The woman in question returned my antipathy with interest. Why we took against each other so instantly, heartily and (on my side, at least) irrationally, I honestly cannot say.”

New details were revealed surrounding the Harry Potter Universe including Dolores Umbridge being a half-blood.

Umbridge is also revealed to be a half-blood herself, the daughter of a wizard and a Muggle. This is noteworthy because Umbridge lies in the books and claims to be a pure-blood in order to bolster her own credentials. [via]

Read more: New Harry Potter Movie Coming Soon? J.K. Rowling Shares a Riddle on Twitter In July, Rowling wrote a story about a grown Harry Potter competing in the Quidditch World Cup. J.K. Rowing is currently writing the screenplay for the upcoming Harry Potter spin-off, 'Fantastic Beasts and Where to Find Them'. Warner Bros. reports they plan on releasing the new Fantastic Beasts and Where to Find Them on November 18, 2016. This will be the Harry Potter author, J.K. Rowling’s screenwriting debut on the feature film and will be based on the Hogwarts textbook that appears in the very first Harry Potter and The Philosopher’s Stone. Read more: Daniel Radcliffe Reveals He Hates His Acting in the Harry Potter Series What do you think? Discuss this story with fellow Project Casting fans on Facebook. On Twitter, follow us at @projectcasting.
Previous articleBradley Cooper's 'Limitless' TV Sequel Coming Soon to CBS
Next articleChanning Tatum to Star as 'Gambit' in X-Men Spinoff