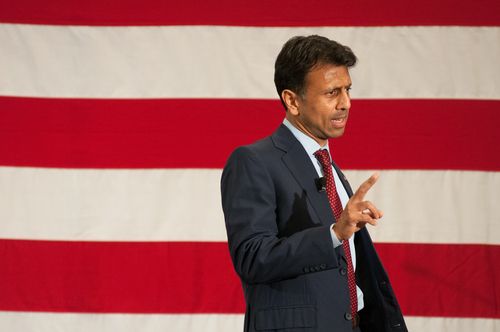 Gov. Bobby Jindal may have ended Louisiana's film industry but, did he save the Louisiana's economy?

New legislation signed by Louisiana's Gov. Bobby Jindal effectively puts limits to the state's production tax incentive program, which will probably stop major movies from filming in the state formerly known as the Hollywood of the South, according to Variety.

The reason: legislation Jindal signed recently that for the first time limits the state’s production tax incentive program, raising the prospect that the steady stream of big-budget tentpole productions flowing to Louisiana — like “Jurassic World” and “Fantastic Four” — will slow to a trickle.

But, it begs the question, why did this happen? Did Louisiana drop the ball? Well, according to reports, Gov. Jindal's decision not to raise taxes caused for the state to end ties with Hollywood's biggest players.

Patrick Mulhearn, exec director of Celtic Studios in Baton Rouge, says the state got caught in a perfect fiscal storm. “Anyone who follows Louisiana politics will tell you that the ‘no tax’ pledge was a major contributing factor for cuts to a number of business tax exemptions, including motion picture tax credits,” he says, adding: “By law, the state has to balance the budget every year. Louisiana’s budget has some structural problems that force cuts to healthcare and higher education when the state budget needs tightening. No one, including the film industry here, was in favor of seeing that happen.”

The new piece of legislation will put a $180 million per year limit on the amount that can be used for tax credits. If that limit is reached in any given year, those unable to claim a tax credit will be unable to get their money back until the next fiscal year, which is bad news for any filmmaker. In addition, the new piece of legislation also shuts down Louisiana's buyback program, which allowed for tax credits to be cashed in for 85 cents on the dollar. In fact, the legislation also limits any project to a budget of $30 million. Therefore, major movies such as Marvel productions, who spend hundreds of millions per year, will look elsewhere to film their movies. But, maybe it was smart move by Gov. Bobby Jindal to end Louisiana's film industry? According to the Dept. of Economic Development study, Louisiana was losing a ton of money by using the film tax credit system.

Fueling the move to scale back the program: a Dept. of Economic Development study showing the tax credits supported 12,107 jobs last year, but that the state was getting back just 23¢ on the dollar to make those jobs happen.

At the end of the day, Gov. Bobby Jindal has a presidential campaign to run and his decision to cut back on the Louisiana film industry is now in the history books. Source: Variety/Image Credit: Andrew Cline / Shutterstock.com Discuss this story with fellow Project Casting fans on Facebook. On Twitter, follow us at @projectcasting.
Previous articleHow Canada Can Destroy Georgia's Film Industry
Next articleJohnny Depp's Wife Facing 10 Years in Prison for Bringing Dogs to Australia