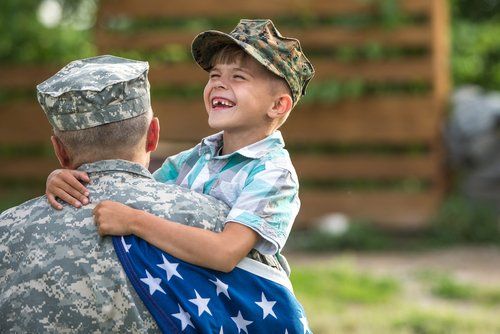 Georgia representatives are seeking to expand their state's TV and film tax credit for productions that hire military veterans.

Last month, Reps. Pam Dickerson (D-Conyers), John P. Yates (R-Griffin), Earnest Smith (D-Augusta) and Pam Stephenson (D-Decatur), among others, introduced House Bill 150, which would award any production company that hires a veteran who is a Georgia resident to receive a 5 percent additional credit towards the salary of each veteran employed. According to Military.com, Georgia's veterans suffer an unemployment rate of 8.9 percent beating the national unemployment rate of 8.3 percent for all veterans and 5.6 percent unemployment rate for regular citizens. Georgia's TV and film tax credit for military veterans would help motivate production companies to hire more American heroes and military veterans. Since 2008, Georgia's film industry has exploded. The General Assembly passed a tax credit which offers a credit of up to 30 percent for production companies that decide to film movies, TV shows, music vieos and commercials in Georgia. Recently, North Carolina changed their tax incentive program into a grant program which has caused several TV shows and movies to move to the Peach state. In addition, researchers found that Maryland's film and TV tax credit was worthless which may prompt several hit shows such as House of Cards and Veep to leave the state and move to Georgia. What do you think?Discuss this story with fellow Project Casting fans on Facebook. On Twitter, follow us at @projectcasting.
Previous articleIndustrial Casting Call for Talented Actors in Washington DC
Next articleJordin Sparks Feat. 2 Chainz Music Video Casting Call in Atlanta