FX has pulled the plug on their comedy series Married.

After two seasons, FX has just cancelled Married.  According to The Hollywood Reporter, the cable network comedy series will air their final episodes on FX after which the show will end production and cease all filming, writing and development. 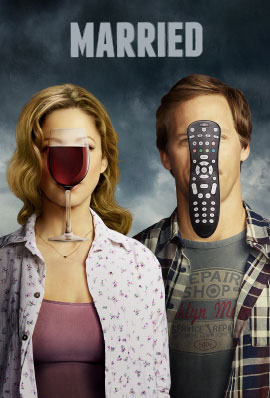 There will be no season three of @MarriedFX. Thank you @FXNetworks for the opportunity and thank you to all the fans. It's been a blast.

Married featured Judy Greer and Jenny Slate. The series went under creative reconstruction after which the first season suffered bad ratings. FX president John Landgraf previously commented that his formula for renewing a series is different than most other networks because he focuses on creativity, ratings, and critical feedback. But, the decision to cancel Married comes FX prepares to add several new TV series including Donald Glover's new half-hour comedy series Atlanta and Zach Galifianakis' Baskets.

Did you watch Married? Share with us your thoughts in the comments below!
Previous article'The Walking Dead' Season 6 Ratings Skyrocket in Week 3
Next articleHere's The Real Reason Why Popcorn Time is Dead