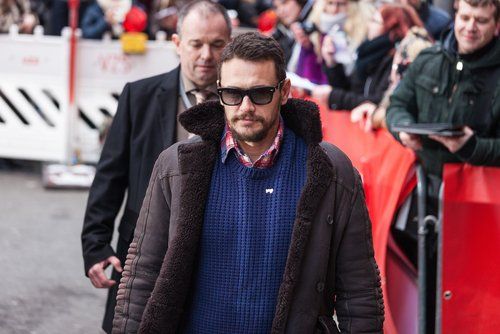 Four actresses who were students in Franco’s acting classes and a filmmaker who considered him a mentor say in the article published on Thursday that Franco asked them to perform sexually inappropriate and coercive scenes, and described him “storming off” a movie set when women refused his demands to appear naked.

Some of the women tweeted in protest on Sunday night, when Franco, sporting a “Times Up” pin, won a Golden Globe for his latest film The Disaster Artist.

Actress Sarah Tither-Kaplan told the LA Times that Franco’s show of support for the Time’s Up movement, founded by powerful women in Hollywood to combat workplace sexual harassment, was a “slap in my face.”

Franco, asked about the tweets by Stephen Colbert on Tuesday, denied any wrongdoing, and said claims of misconduct “are not accurate.”

“Look, in my life I pride myself on taking responsibility for things that I have done,” Franco told Colbert. “I have to do that to maintain my well being. The things that I heard that were on Twitter are not accurate. But I completely support people coming out and being able to have a voice because they didn’t have a voice for so long. So I don’t want to shut them down in any way.

Franco’s lawyer disputed all of the accusations in the LA Times story, and directed the paper to Franco’s comments on “The Late Show With Stephen Colbert.”

Hours before Franco’s appearance on the show, The New York Times abruptly canceled a live event with Franco to promote The Disaster Artist, citing “recent allegations.”

Another of Franco’s accusers, filmmaker Violet Paley, told the LA Times that Franco pressured her into performing oral sex on him in her car. The two had been having a consensual relationship, but they’d never engaged in oral sex before he exposed himself, she said.

“I was talking to him, all of a sudden his penis was out. I got really nervous, and I said, ‘Can we do this later?’ He was kind of nudging my head down, and I just didn’t want him to hate me, so I did it.”

She began to perform the sex act, but was uncomfortable. To extricate herself from the situation, she told Franco she spotted someone near the car.

Two former acting students, Hilary Dusome and Natalie Chmiel, said Franco “stormed off” a movie set when no women agreed to undress for a scene and described what they called “an unprofessional and hostile” environment.

Another acting student, Katie Ryan, said Franco gave the impression that women could only move up in their acting careers “if we were to perform sexual acts or take off our shirts,” adding that Franco would send her and other students audition requests for roles as “a prostitute or a hooker.”

The aspiring actresses described feeling exploited and they said they had been afraid to speak out due to Franco’s influence in Hollywood.

Related: What do you think? Discuss this story with fellow Project Casting fans on Facebook. On Twitter, follow us at @projectcasting.
Previous articleToy Commercial Casting Call for Outgoing Girls (Pay is $2000)
Next articleBounce TV's 'Saints & Sinners' Season 3 Casting Call for VIP Guests