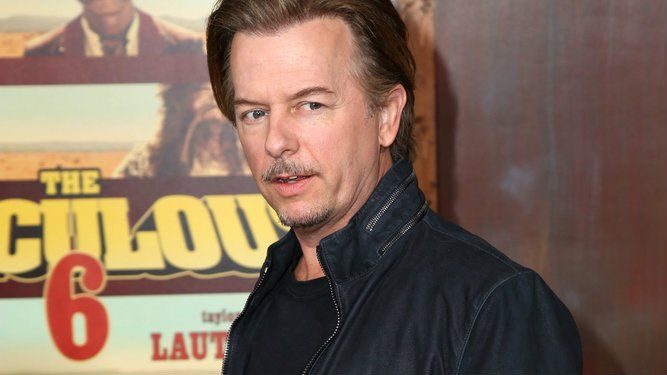 Joe Dirt was not too happy about the recent episode of Running Wild with Bear Grylls featuring Barack Obama, saying he "thought a president should have a little more dignity." A clip from TMZ shows David Spade being asked about a recent tweet in which he questioned the president's appearance on the wilderness survival reality show.

Spade told TMZ, “What president does reality shows? It just sounds weird to me, you know what I mean? It’s just too much." The Saturday Night Live former comedian, who recently starred in the "unwatchable" Ridiculous 6 movie alongside Adam Sandler and the straight to DVD Joe Dirt 2: Beautiful Loser, also had comments about the numerous talk show appearances made by the First Lady. “I think that Michelle Obama’s on Ellen more than I am,” he said. “It’s just a new world. It seems a bit thirsty.”

Joseph Sohm / Shutterstock.com Maybe President Obama is using the media to promote political policies. Ultimately, he's bringing the political policy to people who may not be engaged.

What do you think of David Spade's comments? Share with us your thoughts on David Spade and President Obama in the comments below!