Tina Fey is developing a new comedy series for CBS.

For Tina Fey fans this is some amazing news. It has been a long time since Tina Fey has created something fresh for TV. Now, according to reports, CBS has picked up the pilot for a new Tina Fey-produced comedy. The untitled series is about an athlete who drives his family crazy after he suddenly retires. 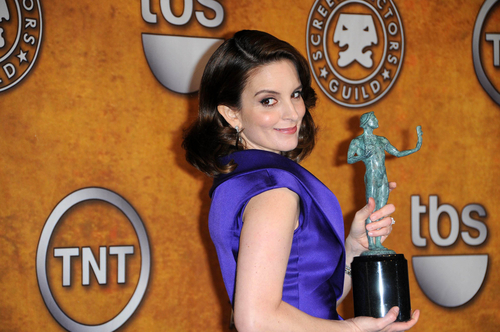 s_bukley / Shutterstock.com Tina Fey will be working with Robert Carlock and Jack Burddit, people she frequently collaborates with, reports EW. Carlock was an executive producer on 30 Rock with Tina Fey, as well as her co-creator on Unbreakable Kimmy Schmidt. Burditt worked on both shows as well as creating CBS's Last Man Standing.  There are no official reports as to who will play the lead or whether or not Fey will appear in the series herself. However, Tina Fey's new movie with Amy Poehler, Sisters, will be out December 18th and the second season of Unbreakable Kimmy Schmidt will debut later next year.