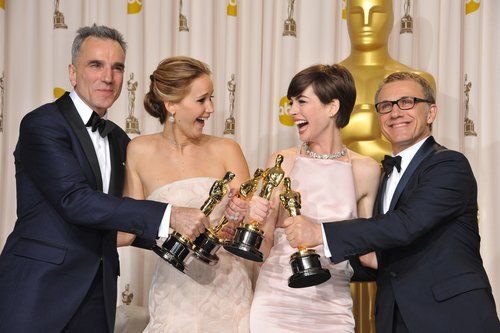 In a South by Southwest session, top casting directors break down the costs of hiring top actors for independent films and discuss YouTube’s role casting.

Alfie Photography / Shutterstock.com From the Guardian:

If acting talent is not necessary, then why must actors spend thousands of dollars a year on acting classes? Is it to get discovered? Probably not, the casting directors are the South by Southwest sessions revealed that actors should start recording short films, comedies, and sketches on YouTube and Vine to get their name out there. JuliusKielaitis / Shutterstock.com

Kaplan said that while in the past he used to visit comedy clubs to find people to star in his films, these days producers demanded that casting directors look on YouTube and Vine to find tomorrow’s stars. “YouTube stars are trendsetters,” said Weber. “Often they come alive on camera but they’re not well-trained.”

So there you have it. Ditch those acting classes, pick up a camera and start recording your own short films because casting directors are watching and acting skills have nothing to do with it. What do you think? Discuss this story with fellow Project Casting fans on Facebook. On Twitter, follow us at @projectcasting.
Previous articleNickelodeon Boobgate: Network Cancels TV Show for Showing Nudity
Next articleJessica Lange Quits FX 'American Horror Story'