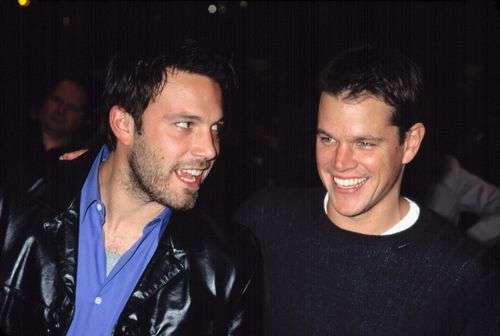 Ben Affleck and Matt Damon are teaming up to start their own film production company.

Academy Award-winning actors Ben Affleck and Matt Damon have announced they are starting a production company.

The New York Times reported that the idea for their new production company came from both stars' dissatisfaction with the current streaming era's paychecks. Many streaming companies have refused to share the profits generated from their hits in the past decade, so over the weekend, they announced they would be starting an independent production company to combat this issue. They obtained a minimum of $100 million in financing from RedBird Capital Partners. The two Hollywood big shots have agreed that their company is committed to ensuring project profits are shared amongst everyone working on it.

Affleck discusses the production company stating, "This is the next act of my career for a long, long time." Damon has already agreed to star in several films that the company will produce.The goal is to take advantage of the move in the industry towards better quality films and tv shows instead of a larger quantity. From actors to people working behind the scenes, they want everyone involved to get a portion of the project's profits. Affleck has been set to be the CEO, while Damon will serve as the CCO. With a combined total of over three decades in Hollywood, both have more than enough experience to find success.

Casting Director John Papsidera on How He Found the Stars for 'The Godfather' Join Project Casting to access jobs you can apply to right now. One of the unique ...

In recent days, Ryan Reynolds has been promoting his new holiday film Spirited, starring Will Ferrell. In an interview with Big Issue published over the weekend...

38 TV Shows and Movies Filming in Georgia in December

Georgia is quickly taking over the TV and film industry. Here are the 38 movies and TV shows filming in Georgia this December 2022. Join Project Casting to acce...

Previous articleLeonardo DiCaprio Didn't Want To Audition for "Titanic"
Next articleWhat's Coming and Going on Netflix in December 2022?