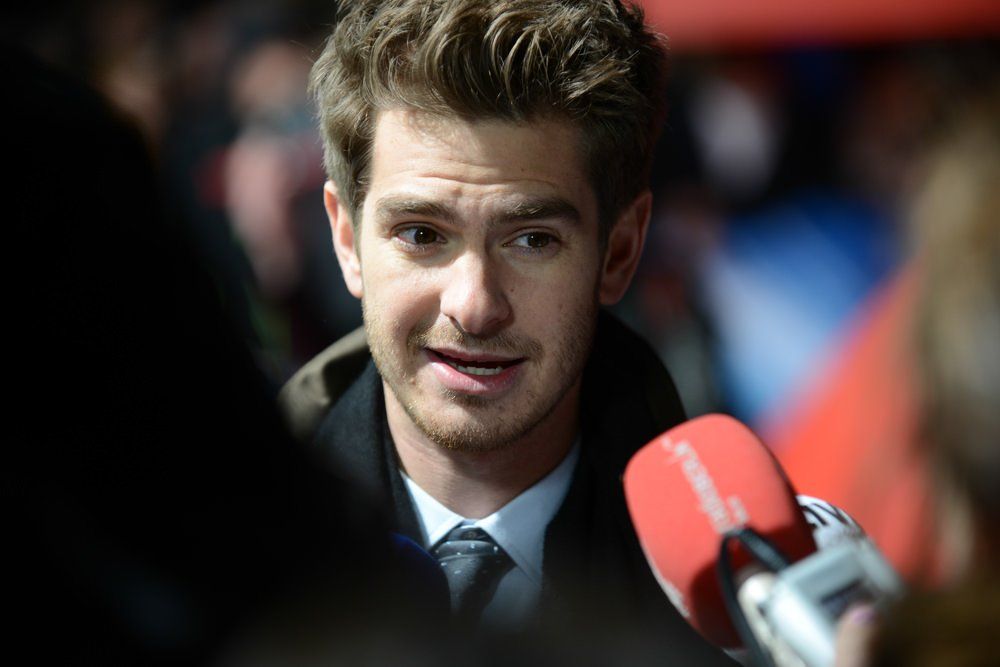 Andrew Garfield reveals his problem with celebrities and what it was like getting fired from Spider-Man.

Andrew Garfield is going from getting fired from Spider-Man to playing a regular-joe on the Ramin Bahrani's new housing drama 99 Homes. Andrew Garfield plays a man who endures the heartbreaking feeling of getting his family evicted from their home. Garfield's character, Nash, makes a deal with the devil, Michael Shannon's character Rick Carver, the same man who displaced his family. Carver offers the Nash work as his "assistant", helping him evict other people out of their homes when the only thing Nash really wants is his house back. But, it's pretty surprising. For an actor who is known for working on blockbuster movies, why would he decide to appear in such a small New Orleans filmed production. In an interview with The Daily Beast, this is what he had to say:

“I’ve never been evicted from my house, but I’ve evicted parts of myself,” he continued. “I’ve felt evicted. I’ve felt exiled by a culture. And I’ve felt unworthy. I’ve felt like I’m not needed in my society, I’ve been told that in a subliminal way—that I’m not enough if I’m not at the top of one of these buildings or not driving a Lamborghini or not wearing the newest whatever.”

vipflash / Shutterstock.com Andrew Garfield revealed that the celebrity culture of Hollywood makes people feel insignificant and unworthy, when in actuality he believes that everyone is "exceptional."

“We are given this message that we’re not needed—that all of us aren’t needed, that we only need a select few, which is forgetting the truth that everyone is exceptional,” laments Garfield, self-aware of the juxtaposition of our surroundings with the subject at hand. “That’s a fucking Hallmark card, but it’s also the truth.”

“We all have certain gifts that we have to give, we have to bring, otherwise there’s no hope for real community, there’s no hope for real change,” he said. “And if we keep worshipping the wrong thing, or if we keep worshipping the same human beings we call geniuses, we are forgetting the genius within each and every one of us.”

MOSCOW, RUSSIA-JUNE, 15: Actor Andrew Garfield. Premiere of the movie "The Amazing Spider-Man", June,15, 2012 at October cinema in Moscow, Russia (magicinfoto / Shutterstock.com) In addition, Garfield compares celebrity culture to almost like a religion where people worship actors, models, and talent like some sort of prophet.

“It goes back to this false worship thing. Being on the receiving end of that is what really tips me over the edge. That’s what made me really go, ‘We’re fucked.’ Because if you’re looking up to me in a way that’s unnatural, then you’re looking in the wrong place. It’s a spell and it keeps people from who they actually are. It’s just a lie. Celebrity is a lie. There’s no such thing as a celebrity. There is no one out there more important than anyone else and the hierarchy that we’re in is a lie.” “Fuck, man, this is going to get me pissed off just thinking about it,” he said, flashing a frustrated smile. “I remember when Kelly Rowland from Destiny’s Child was about to have a baby and posted an Instagram picture of the scan, and there was some comment comparing the picture of Kelly Rowland’s baby to Beyonce and Jay-Z’s baby and it said, ‘Kelly Rowland’s baby is gonna be Beyonce’s baby’s assistant.’ It’s like, that’s a fetus. I get it, it’s a joke. But it’s a fucking unborn miracle, and someone goes, ‘It’s gonna be her assistant.’ Where are we? It’s so dehumanizing.”

You can read the exceptional interview with Andrew Garfield here, it is definitely worth the read.