The upcoming Sinister Six movie is on hold indefinitely and here's why.

The director of Cabin in the Woods and the writer of The Martian recently opened up about the problematic Spider-Man spinoff, which was stalled all thanks to Seth Rogen, James Franco's The Interview and the resulting Sony Hack. In an interview with The Daily Beast, Drew Goddard, the writer behind the sci-fi feature film The Martian revealed that what it feels like to be in demand in Hollywood. At one point in time he had three green-lit productions at the same time. There was the Sinister Six, a collection of supervillians from the Spider-Man franchise, the Netflix TV series Daredevil, and the upcoming Matt Damon production The Martian.  Drew Goddard was forced to make a difficult choice and decided to give up his directing opportunity on The Martian to the highly controversial director Ridley Scott and give up his show running duties on The Martian in order to focus on the Spider-Man spinoff.

But, little did Goddard know at the time but, The Amazing Spider-Man 2 would bomb in the box office and the Sony Hack destroyed all chances of a new sequel. This left Doctor Octopus, Vulture, Electro, Kraven the Hunter, Mysterio, and Sandman and the future of the Sinister Six in jeopardy. And in February, Marvel and Sony announced that they struck a deal to bring Spider-Man to the Marvel Cinematic Universe with a reboot movie and then The Amazing Spider-Man 3 was canceled, the studio was still planning on creating a new Sinister Six movie and Venom even though production plans have been delayed indefinitely.

But, it begs the question, with the upcoming Suicide Squad movie featuring Jared Leto, Will Smith and Margot Robbie, will Sony ever release a Sinister Six movie since the two movies are so alike. This is what Goddard had to say:

“I’m confident that Sinister was like nothing else out there. We were definitely going for something different, crazy, and fun,” says Goddard, later adding, “I don’t think Sinister was going to be that dark.Suicide looks like a David Ayer film, who I love. Sinister was me, so it was the closest thing I felt to what we did with Cabin. If Cabin was our take on the horror film, Sinister was our take on the superhero film.” Was. Were. “Why do you keep referring to Sinister in the past tense?” I ask him. “The truth is, things change, and Sony got hacked. Shit happens, man,” he replies with a shrug. “But as a fan, I’m thrilled because I’m excited to see Spider-Man show up in the Marvel universe. That’s what I’ve always wanted. So I sort of step aside and say, ‘Great, if that’s what led to this then it’s fantastic.’” Then, the kicker: “Here’s what we know: Sinister is not happening anytime soon,” he says, adding he’s trying to remain “optimistic” about it.

According to the leaked Sony emails, Drew Goddard had wanted to cast Matt Damon to play Doc Ock and Tom Hardy as Sandman in Sinister Six. When asked about casting Matt Damon in several of his productions he replied, “Look, the tricky part of casting is you have these conversations, and I just want to work with the people I want to work with and try to cast the actors I love. I will continue to try to put Matt Damon in anything.” 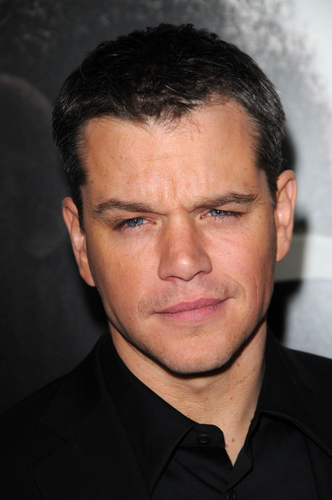 Matt Damon (s_bukley / Shutterstock.com) Even though Sinister Six is delayed indefinitely, Goddard revealed that it was an amazing experience. "I loved that script. I loved working with those artists. I loved working with that team. No matter what happens, I got paid to think about Spider-Man for a year, and it doesn’t get better than that,” he says, flashing a smile. “You have to maintain perspective.” [Source: The Daily Beast]