HomeCelebritiesSteven Spielberg Reacts to #OscarsSoWhite: 'I Have Two Black Kids'

Steven Spielberg addresses the lack of diversity in Hollywood and the Oscars.

Steven Spielberg maybe one of the most powerful and respected member of the Hollywood community. And he's now commenting on the #OscarsSoWhite controversy.

Facebook In a recent interview with the Hollywood Reporter Steven Spielberg touched on the lack of diversity in the Oscars. Here's what he said: "I'm a huge supporter of the Academy Awards," says Spielberg. "I was surprised at some of the individuals who were not nominated. I was surprised at [the exclusion of] Idris [Elba] — I was surprised at that. I think that was one of the best performances in the supporting actor and the actor category, was Idris. I've seen Straight Outta Compton — my wife and I saw it when it first opened, the first weekend, and it just rocked our world. It was incredible. I was very surprised to see that omission." praszkiewicz / Shutterstock.com However, Spielberg suggests that racism is not an explanation the lack of diversity. "You have to look back a couple of years," he says, "where Lupita [Nyong'o] was recognized for 12 Years a Slave [and] 12 Years a Slave won best picture, you know? I don't believe that there is inherent or dormant racism because of the amount of white Academy members." 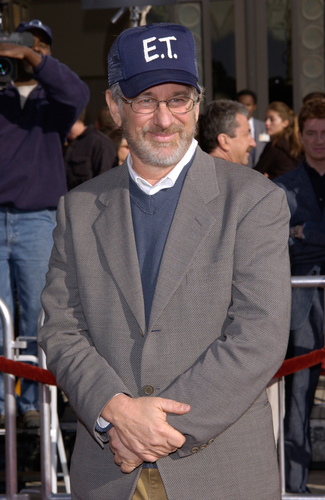 Spielberg also said that it's not the Oscars that are racist but the actual film industry. "It's people that hire, it's people at the main gate of studios and independents. It's the stories that are being told. It's who's writing diversity — it starts on the page. And we all have to be more proactive in getting out there and just seeking talent." Featureflash / Shutterstock.com When asked whether or not he considered race or gender for a movie role, he said: "Look, I have two black children, you know? I've been colorblind my entire life." And, he adds, "when you just look at the films I've made, and look at the people who've worked on those films — look at the diversity within the crew, within the cast — I've always [had it]."

Is Steven Spielberg right? Share with us your thoughts in the comments?