Mark Wahlberg is in terrific shape to be in his forties. And the funniest part is that his muscles are not just for show. In a new interview, Mark Wahlberg revealed that he did about 700 one-arm pull ups while shooting a scene from this upcoming movie Daddy's Home.  In the New Orleans filmed movie, Mark Wahlberg worked alongside Will Ferrell in a buddy comedy that only the two actors can pull. But, in the latest trailer, Mark can be seen showing off his physique while performing an impressive physical feat. 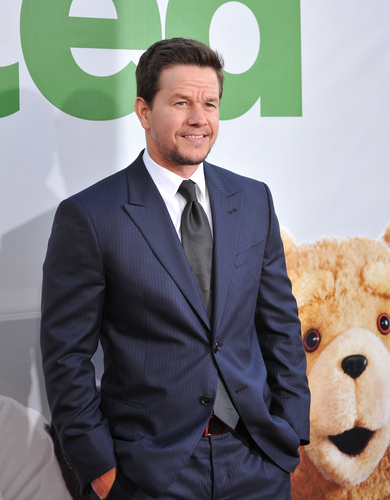 The Deepwater Horizon star revealed what it was like to work on the scene in an interview with E! News on Monday.

'We did many takes from many angles.'

Even though the work out seems pretty impressive, the actor did have reveal he had a guy under neath him to help him out during filming. He explained: 'They didn't want me to sound like I was giving an effort whatsoever so I'm talking very calmly during the push-ups and the pull-ups.' According to IMDB, Daddy's Home centers around "A mild-mannered radio executive strives to become the best stepdad to his wife's two children, but complications ensue when their freewheeling and freeloading real father arrives, forcing him to compete for the affection of the kids." The movie features, Will Ferrell, Mark Wahlberg, and Linda Cardellini. And while we posted casting calls for the comedy while it was filming earlier this year, it is always interesting to see how the movie worked out.

What do you think of Mark Wahlberg? Do you plan on going to see Daddy's Home? Share with us your thoughts in the comments below!