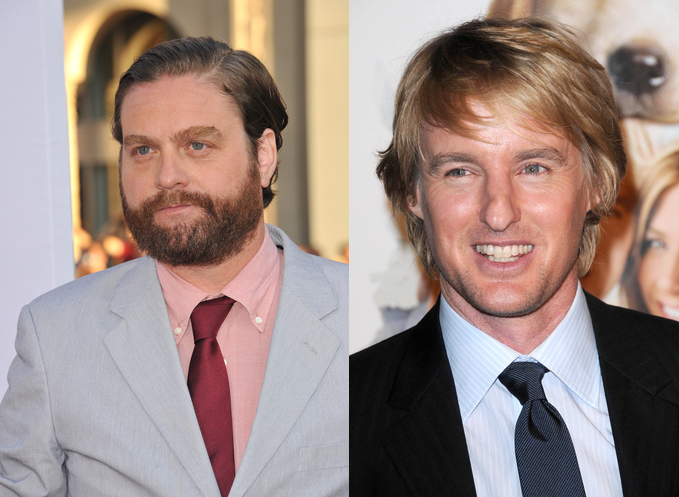 The movie centers on the 1997 Loomis Fargo warehouse robbery that occurred in Charlotte, North Carolina where a night guard at an armored car company organizes one of the biggest bank heists in history.

Galifianakis plays a disgruntled armored car driver who teams up with a pretty co-worker and a group of inexperienced criminals to steal nearly $20 million from a bank vault. The thieves leave a trail of evidence as they go on an excessive spending spree buying mansions, sports cars and boats. To add insult to injury, the driver’s team double-cross him and leave him alone on the run in Mexico while they live the good life in the United States.

Casting directors are looking for stand-ins to work on the upcoming movie filming outside of Asheville, North Carolina.

A stand-in for film and television is a person who substitutes for the actor before filming, for technical purposes such as lighting.

Producers are looking for a stand-in for Zach Galifinakis, Owen Wilson and Kirsten Wiig. For more details, check out the casting call below:

UAC -Untitled Armored Car Movie filming in Asheville and various areas outside of Asheville is seeking stand ins for the following Actors; #2 -Caucasian Male, Blond, Slender, 5'10 -5'11 (Filming 7/7 -7/25 ) #1 -Caucasian Male, Brown Hair, Average or stocky build, 5'7-5'8 (Filming 7/8- 8/18) #3 -Caucasian Female, Brown Hair, Slender Build, 5'5 (Filming 7/7 -8/4) They are hoping to meet with a few folks for these positions tomorrow (Tuesday 7/1) around 12:30. Pay rate is $120 for first 12 hours, time and a half after 12. You MUST be fully available during the dates needed and able to work as a local around the Asheville area. Submit your photo and information( Name, Age, Phone, Height/Weight, Clothing Sizes, City/State you reside) to [email protected] with heading STAND IN REQUEST. Discuss this story with fellow Project Casting fans on Facebook. On Twitter, follow us at @projectcasting.
Previous articleAaron Paul's Xbox One Commercial is Accidentally Turning Off People's TV
Next article$500 TheOnion.com Casting Call for Speaking Roles in Chicago