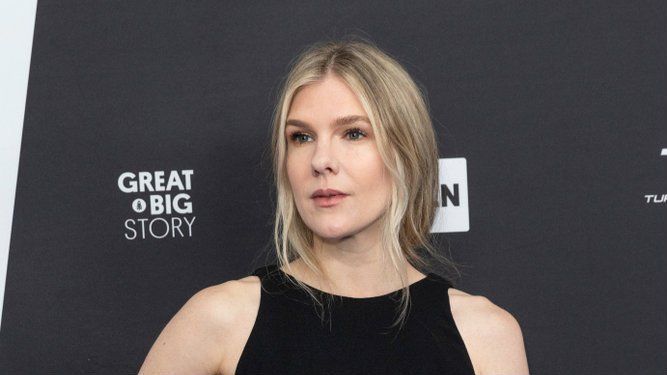 About TNT’s Tell Me Your Secrets:

TNT has given a series greenlight to Tell Me Your Secrets (formerly titled Deadlier Than The Male), an intense, morally complex thriller about three damaged people trying to start over. Lily Rabe (American Horror Story), Enrique Murciano (Without A Trace), Hamish Linklater (Fantastic Four), Ashley Madekwe (Salem), Elliot Fletcher (Shameless), Chiara Aurelia (Pretty Little Liars), Bryant Tardy (Logan) and Amy Brenneman (The Leftovers) star in the suspense drama. Tell Me Your Secrets centers on a trio of characters each with a mysterious and troubling past, including Emma (Rabe), a young woman who once looked into the eyes of a dangerous killer, John (Linklater), a former serial predator desperate to find redemption and Mary (Brenneman), a grieving mother obsessed with finding her missing daughter. As each of them is pushed to the edge, the truth about their pasts and motives grows ever murkier, blurring the lines between victim and perpetrator.

To audition for a role on Tell Me Your Secrets, check out the casting call breakdown below.

Tell Me Your Secrets Casting Call

NOW CASTING FOR TELL ME YOUR SECRETS! Real couples in their 20s to make-out/touch on camera in a RAVE scene. We are looking for both gay and straight couples. All ethnicities. You will have to sign a consent form. DATES: TUES 9/25 and THURS 9/27. You do not have to be available both days. Tuesday is a day shoot but will go into the evening, Thursday will start in the afternoon and go late into the early morning hours (likely 1-2AM). LOCATION: NOLA RATE: 125/12 EMAIL US YOUR SUBMISSION: Email: [email protected] Subject: REAL COUPLE Include: Names, Contact #'s, City of Residency, PHOTOS of you with your current looks, WHICH DATES YOU ARE AVAILABLE FOR.

What do you think? Discuss this story with fellow Project Casting fans on pa href="https://www.facebook.com/projectcasting">Facebook. On Twitter, follow us at @projectcasting.
Previous articleAmerican Girl Commercial Casting Call for Families (Pay is $5000)
Next articleAdam Sandler's 'Uncut Gems' Open Casting Call