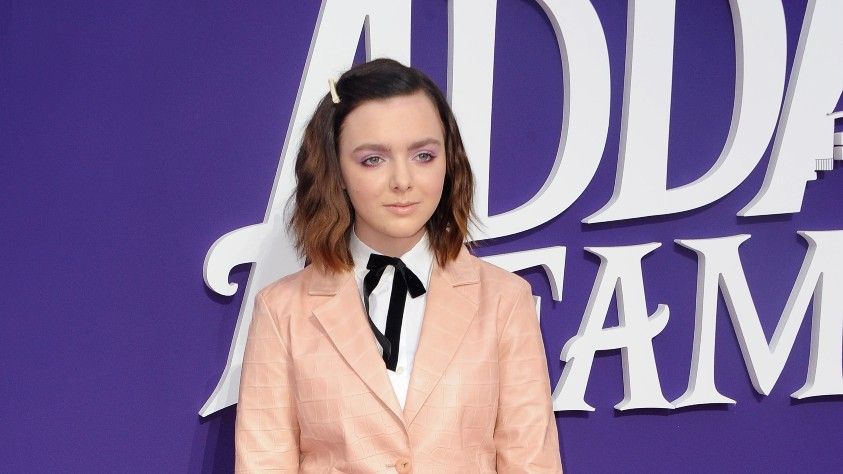 Elsie Fisher at the Los Angeles premiere of 'The Addams Family' held at the Century City AMC in Century City, USA on October 6, 2019. (Tinseltown / Shutterstock.com)

My Best Friend's Exorcism is now casting in Atlanta, Georgia.

Grady Hendrix's horror novel My Best Friend's Exorcism is ramping up production at Endeavor Content, with  Elsie Fisher (Eighth Grade) headlining an ensemble cast that includes Amiah Miller (War for the Planet of the Apes), Cathy Ang (Over the Moon) and Rachel Ogechi Kanu. Fisher will play Abby, a high school sophomore who suspects her best friend Gretchen (Miller) may be possessed by a demon. The movie is now in production and expected to land at Amazon Studios. TV director Damon Thomas (Penny Dreadful, Killing Eve) will make his feature directorial debut after 18 years of directing episodic TV and TV movies. Based on author Grady Hendrix's horror novel of the same name, the film will be produced by Happy Death Day writer and director Christopher Landon. The movie is described as Beaches meets Heathers meets The Exorcist and is set in 1988 and follows the relationship of two friends, Abby and Gretchen. After a night of skinny-dipping goes wrong, Gretchen starts to act weird. As baby starts to believe her friend is possessed, both girls must face a serious question - is their friendship strong enough to beat the Devil? The novel was first published in 2016 by Qurk Books, Hendrix's horror novel was named one of Paste Magazine's 50 best horror novels of all time. Hendrix will work as a creative consultant on the movie, with Jenna Lamia writing the screenplay.

Now seeking the following Role for

Now seeking the following Role for