HomeCasting Calls'Men in Black Spinoff': How to Audition for a Speaking Role

The currently untitled Men in Black spinoff is now in production and hiring actors to work on the new movie. Recent reports have indicated that actors Chris Hemsworth and Tessa Thompson will star in the new spinoff.  The two actors will play the lead agents of the London MIB branch, giving moviegoers an expanded view into this alien world, this time around with an international perspective. It also gives the producers the opportunity to bring back Will Smith and Tommy Lee Jones. 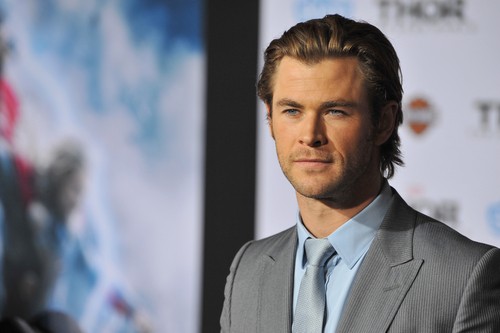 Who is casting the Men in Black spinoff?

With shooting just starting, casting directors are still casting background acting and possible speaking roles for the upcoming spinoff. According to IMDB, Reg Poerscout-Edgerton and David Rubin are the casting directors for the new movie. Reg Poerscout-Edgerton is most known for casting Guardians of the Galaxy and The Kingsman. David Rubin is most known for casting the original Men in Black movie and most recently Big Little Lies.

In a recent interview with PBS News Hour, David Rubin explained what the most important thing for an actor to bring to the table is themselves. "The most important thing for an actor to bring to the table is themselves, their own idiosyncrasy. And so many actors get preoccupied with what they thing the filmmaker is looking for. And frankly, what we’re looking for is them,” Rubin explains. He expressed a similar philosophy about this topic last year when interviewed by the Academy. When asked about the number one thing that he looks for as a casting director, he responded: “I look for compelling and, ideally, unexpected ways of portraying each character. Our choice of each actor must help tell the film’s story in a particular way and hopefully gives it a depth and a dynamic that might even go beyond what the screenwriter and other filmmakers had originally envisioned. To do that, I’m looking for actors who are skilled in their craft and who bring an individuality that makes them distinct from so many others.” Rubin also addressed what actors sometimes do that stop him from landing an acting job. He explained: “The most important thing for an actor to do in a casting situation is to prepare well and make clear choices for your character in the audition scene. We realize you often don’t have access to a complete script and are making guesses about the character, based on little information, but making firm choices and playing with conviction is the key. So what really turns me off is the lack of distinct choice. Even if an actor is wrong for that role, if they’re true to their instincts and are committed to their acting choices, I’ll remember them and happily have them in for a future film!”

For a movie, this big, casting directors are contacting talent through talent agencies. If you are interested in a speaking role in the upcoming new season, contact your talent agent for an audition. If you do not have an agent, check out our guide to landing an acting agent here. You can also stay tuned for the latest casting calls for Men in Black by signing up for our newsletter.

About Untitled Men in Black Spinoff:

F. Gary Gray is directing this next adventure in the Men in Black franchise. In March 2018, it was announced Steven Spielberg would act as an executive producer for the project, while Chris Hemsworth and Tessa Thompson would co-star. In May 2018, Liam Neeson joined the cast, while Walter Parkes and Laurie MacDonald will act as producers on the project. The film is scheduled to be released on June 14, 2019. Related:
Previous articleActor Billy Dee Williams to Return as Lando Calrissian in 'Star Wars: Episode IX'
Next article'Hawaii Five-0' Casting Call for Hipsters