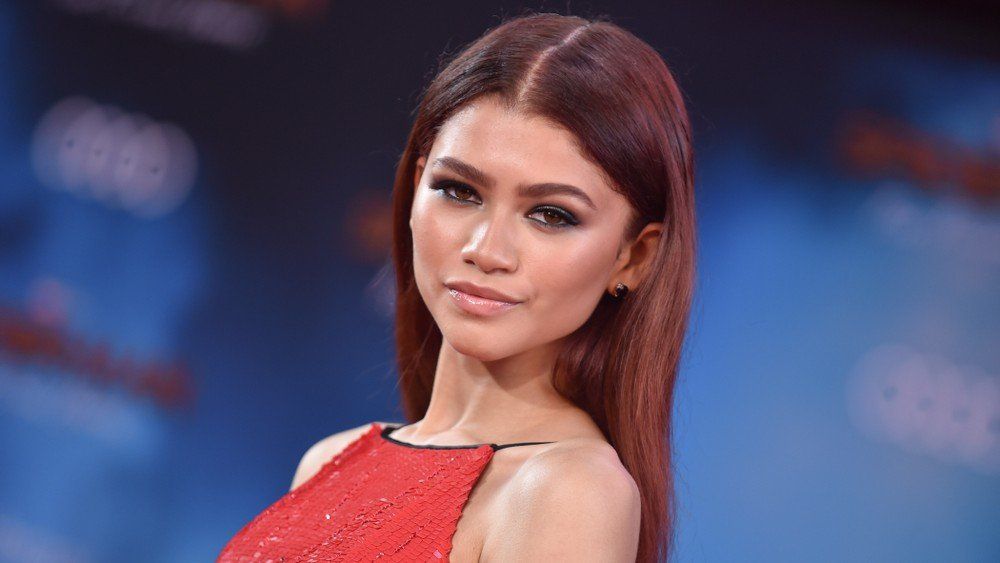 Euphoria is an American teen drama series created and written by Sam Levinson for HBO. The series is loosely based on the Israeli miniseries of the same name. The TV series centers around g group of high school students and their experiences with friendships, love, identity, and trauma.

The series premiered on June 16, 2019, and in July 2019, HBO renewed the series for a second season. Casting for the second season started in January 2020.

Euphoria received great reviews from critics praising the series for cinematography, story, score, acting performances, and dealing with sensitive topics, which critics usually considered too excessive. The series received several nominations, including the British Academy Television Award for Best International Programme, and the TCA Award for Outstanding Achievement in Drama. Zendaya won the Primetime Emmy Award and Satellite Award for Best Actress in a Drama Series for her acting performance.

The second season finale of Euphoria reportedly caused HBO Max to crash over the weekend.

According to reports, the HBO Max platform hit a spike in issues around 8:55 p.m. E.T. The season finale was going to premiere at 9 p.m. E.T. Those who attempted to watch HBO Max saw an error message: "Something Went Wrong. Sorry, we're having trouble communicating with the service. Please close the app and try again."

In a statement, WarnerMedia commented on the situation, "We've seen the tweets from some of our users who had trouble accessing HBO Max around 9 p.m. E.T. and are engaging directly to help get them back into the platform." Approximately 30 minutes, HBO Max restored its platform, and complaints reached 52,000.

It is not the first time this has happened to HBO Max, but it demonstrates the immense popularity of HBO's Euphoria.

According to Twitter, there have been 30 million tweets since the second season premiered in January, pointing to a 51% increase in engagement since Euphoria's first season.

Meme culture is now the current norm with any significant series, but it is incredible to see how Euphoria has transformed the industry.

The award-winning drama series Euphoria will return for a third season, HBO announced on February 4, 2022. The news arrives halfway through the second season of the hit show created by Sam Levinson.

“Sam, Zendaya, and the entire cast and crew of Euphoria have taken season two to extraordinary heights, challenging narrative convention and form, while maintaining its heart,” said Francesca Orsi, Executive Vice President of HBO Programming. “We couldn’t be more honored to work with this gifted, wildly talented team or more excited to continue our journey with them into season three.”

The first episode of Euphoria’s second season has garnered 14 million viewers across all platforms since its premiere on January 9, HBO reports.

Update (February 18, 2021): The HBO Euphoria is now holding auditions for a season 2 speaking role. Casting directors are now casting actors, models, and talent to work on scenes filming in 2021. Check out the casting call breakdown below.

MUST BE AVAILABLE IN LOS ANGELES:

Working on the HBO Max series, EUPHORIA in Northridge on Sun. Sept 12th, seeking NON-UNION ONLY men and women to play PEDESTRIANS W/ CARS (no white or red. NO 2021 cars).

Note that you are okay working overnight in Northridge.

HBO EUPHORIA Casting Call Working on EUPHORIA on Thurs Aug 19th, in the L.A. area, seeking paid-up SAG ONLY, males and females, 30s-60s, all ethnicities to play HOMELESS people. Production DOES NOT want an over-the-top "tent" look - just someone "down on their luck, sitting on the ground, holding a cardboard sign, asking for change" look. Please only send the info and photo requested. No additional info, links or photos.

This is the only role we are currently casting for. Please only submit if you fit the above description.

Stay tuned for casting calls, auditions and news by signing up for Project Casting. Click here to signup.

UPDATE (January 22, 2020): The HBO Euphoria casting directors created an online form for acting auditions. If you are interested, you can fill out the following Google form. You must sign in with a Gmail account to submit. See the full casting and audition details below. HBO has picked up the teen drama series “Euphoria” for a second season and is now casting multiple speaking roles.

According to “The Hollywood Reporter”, the eight-episode drama received a second season order on Thursday, July 11th. The series centers around a young 17-year-old drug addict named Rue who is out of rehab. She becomes friends with a new trans girl at her school, Jules, and the two quickly develop an inseparable bond as they deal with growing up as a modern-day teenager.

“Euphoria creator Sam Levinson has built an incredible world with an extraordinary cast led by the supremely talented Zendaya,” Francesca Orsi, executive VP HBO Programming, said Thursday in a statement. “We are so grateful that he chose HBO as the home for this groundbreaking series. We look forward to following these complex characters as their journeys continue through the challenging world they inhabit.”

“Euphoria” is ranked as one of the most popular drama series on HBO. Sunday night’s episode drew a series-high 609,000 viewers in its 10 PM slot. The series has grown each week since its June 16 debut on HBO’s digital platforms. The series premiere night has already delivered more than 5.5 million viewers across HBO’s platforms.

How to audition for a speaking role?

Must be a U.S. Citizen or hold a valid Green Card. Visas are not accepted.

Jennifer Venditti is the New York Casting director for the project and holding open casting calls for speaking roles in the upcoming new season of "Euphoria".

How to Apply: You must be 18 and older and based anywhere in the United States. No acting experience is necessary. If chosen, this is a paid opportunity. To apply for a speaking role in the second season of HBO's 'Euphoria' send a video audition click here. For more information, check out the submission guidelines below

We are seeking talent for the following roles. No prior acting experience necessary.

If you think you fit the description of one of those below, please submit yourself for consideration! Please fill out the form below and instructions on how to submit your audition/interview video.

SERENA: Female. 50's+, Caucasian. Sassy and tough. A real character. The kind of women who partied her whole life and attended every White Snake concert and now she has several different hustles just to make a living. HOW TO SUBMIT: Please fill out the following form and submit videos + photos if you would like to be considered for this project! If there is interest, we will reach out with next steps!

Depending on the role, please tape yourself answering the following questions:

RAY AND DARIAN: - Tell me your name. - Where do you live? - How tall are you? - What do you do? - How would you describe (identify) yourself? - Tell me about your last memorable dream. - If you could change something about yourself, what would it be? - Have you ever been in love or heartbroken? Can you describe the moment when you knew it? - Describe the last perfect day you had, what happened?

AMI AND SERENA: - Tell me your name. - Where do you live? - How tall are you? - What do you do? - Describe what a perfect day would be like for you? What would happen? - Tell me about your last memorable dream. - Describe the last wild night you had. What happened? Describe in detail. - When was the last time you got really pissed off or got in a fight what happened? Describe in detail.

HOW TO CREATE THE AUDITION/INTERVIEW VIDEO: -Please keep video 5-8 minutes or under. -If you use your phone to record your interview, please make sure to shoot it HORIZONTALLY (not vertically). -Please make sure to set up the camera so it is facing you (frame from chest up) and speak directly into it to tell your story. -Submit a full body and a close up photo If you have issues uploading or accessing the form below, simply email your videos, photos and contact info click here.

PROJECT DETAILS: EUPHORIA is a TV series produced by HBO. The show follows a group of high school students as they attempt to cope through the complications of being young in America today and make sense of an uncertain future. The show shoots in LA from March to the end of the year (# of workdays is pending role). Must be okay with traveling to LA. If cast in the project, it is a paid opportunity. Travel and housing included. Talent can come from anywhere in the U.S.

‘This Is Us’: How To Audition for a Speaking Role

This Is Us is arguably one of the most popular shows on television. But, how do you audition for a speaking role on the hit drama? According to IMDB, Bernard Telsey of Telsey and Company...

Margot Robbie’s ‘Birds of Prey’: How to Audition for a Speaking Role