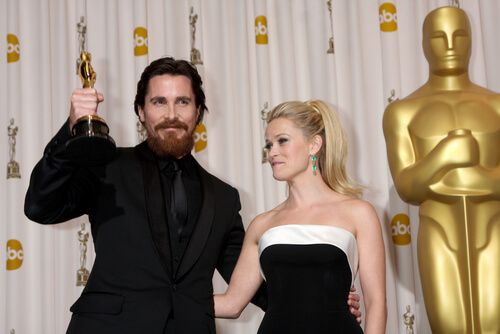 Midthunder Casting is looking for Native American men and woman who can learn to speak lines in Lakota for the upcoming Christian Bale movie Hostiles. Filming will take place in Santa Fe, New Mexico and actors will be compensated between $900/day to $3000/week.

According to Variety, Hostiles is directed by Scott Cooper and will feature Christian Bale and Rosamund Pike. Cooper will write and direct, with Bale attached to star in the movie. Set in 1892, “Hostiles” tells the story of a legendary Army captain, who agrees to escort a dying Cheyenne war chief and his family back to tribal lands. Making the harrowing and perilous journey from an isolated Army outpost in New Mexico to the grasslands of Montana, the former rivals encounter a young widow whose family was murdered on the plains. Together, they must join forces to overcome the punishing landscape and hostile Comanche tribes that they encounter along the way.

To audition for a role on Hostiles, check out the casting call details below.

MAJOR MOTION PICTURE CASTING TWO SPEAKING ROLES WHO: 1) NATIVE AMERICAN WOMAN age 20s-40 who can learn to speak lines in LAKOTA 2) NATIVE AMERICAN MALE ELDER age 60s-90s who can learn to speak lines in LAKOTA *note: translations will be provided WHEN: Submit ASAP! No later than JULY 30, 2016 Auditions will be late July – early August Filming runs September – October WHERE: Auditions and filming will be in the Santa Fe, New Mexico area PAY: SAG approx $900/day or $3,000/week HOW: Submit ASAP via email: [email protected] 1) photo of your FACE (no hat, no glasses or sunglasses) 2) full length photo (head to toe) 3) name 4) phone number 5) email address 6) city & state where you reside Guidelines: cell phone photos are ok but please no selfies and no other people in the photo. No hats, glasses, sunglasses. PHOTOS SHOULD BE UNDER 1 MEG NEW MEXICO LOCAL HIRES only please. Do not apply if you are not available for audition dates and shoot dates.

Do you think you are perfect for this role? Leave us a comment below and tell casting directors why you should be selected!
Previous articleQueen Latifah's 'Girl Trip' Movie New Orleans Casting Call for a VIP Scene
Next articleSTUDY: 'Harry Potter' Fans Are More Likely to Hate Donald Trump