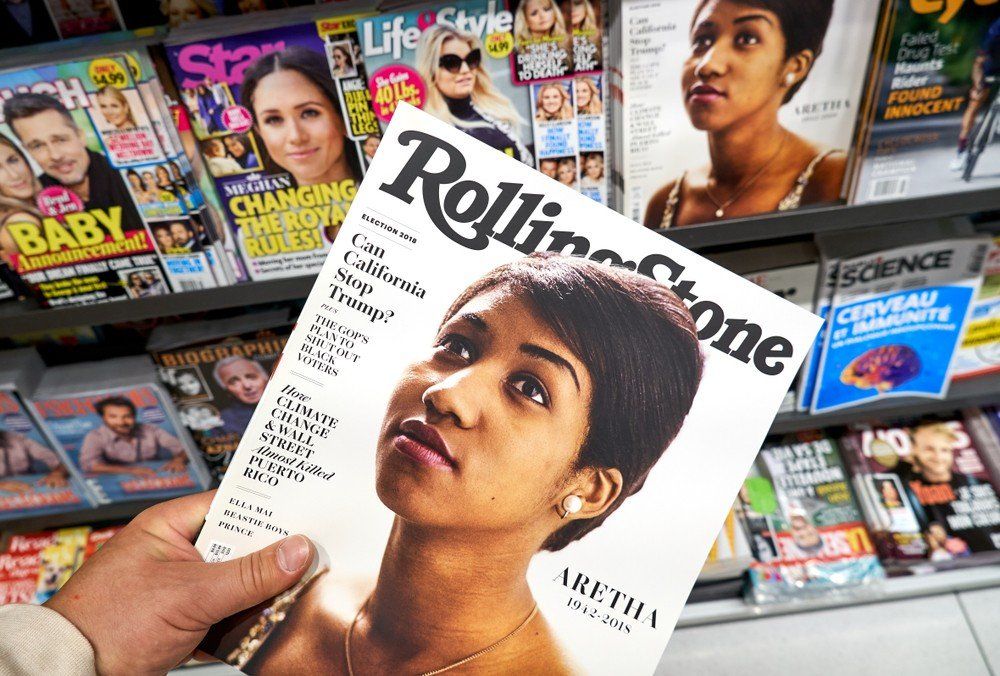 MONTREAL, CANADA - OCTOBER 9, 2018: Rolling Stone magazine in a hand over a stack of magazines with Aretha Franklin on the front cover. Rolling Stone is an American monthly magazine - Image Editorial credit: dennizn / Shutterstock.com

“Respect” will open in theaters on Aug. 14, 2020. Scott Bernstein and Harvey Mason Jr., who has produced music for both Aretha Franklin and Jennifer Hudson, are producing the film.

Seeking African American and Latina children (girls ages 10-14 years) to jump double dutch for the feature film RESPECT. This is for paid background work. Filming in NYC on Nov. 1. Film takes place in 1960s. Email your child's name, your phone number, child's age, current photo of your child, and double dutch skill level to [email protected]. Write: DOUBLE DUTCH in the subject line of your email. Children must be able to attend a costume fitting in Brooklyn prior to filming. Related: How to Find Acting Auditions and Casting Calls