Danny Boy's Steve Jobs biopic has been hit with another production hold after studio bosses at Sony Pictures drop the project. After Leonardo DiCaprio and Christian Bale both dropped out of the Steve Jobs movie, producers were hit with major roadblocks. The movie was based on Walter Isaacson's popular Steve Jobs biography and was set to be written by Aaron Sorkin. But, the future of the production is now unclear. 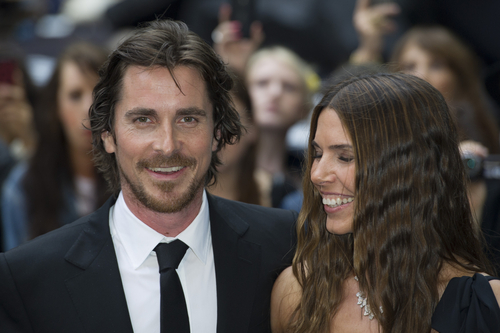 Featureflash / Shutterstock.com Aaron Sorkin announced that the movie was going to focus on Jobs' relationship with seven other characters including cofounder, Steve Wozniak, former CEO John Sculley and Joanna Hoffman, Apple's original head of Mac marketing. In addition, it was reported that Steve Jobs' daughter Lisa Brennan-Jobs was going to play a crucial role in the movie. Featureflash / Shutterstock.com After Sorkin finished the script, several individuals were approached to direct and star in the movie. Initially, David Fincher was going to direct, though he said he would only do it if Christian Bale played Steve Jobs. Fincher later backed out of the project, because Sony was unwilling to give Fincher marketing control and a $10 million upfront fee. Afterwards, Danny Boyle was asked to direct the project with Leonardo DiCaprio as Steve Jobs. DiCaprio later left the project. Christian Bale entered negotiations to play Jobs, and he initially accepted the part, but he eventually dropped the production. cinemafestival / Shutterstock.com According to The Hollywood Reporter, bosses at Universal Studios are planning on picking up the film, which will now feature Michael Fassbender as Steve Jobs. Michael Fassbender is known for playing Magneto in the superhero films X-Men: First Class and X-Men: Days of Future Past, David in the science fiction movie Prometheus (2012), and slave owner Edwin Epps in 12 Years a Slave. What do you think of the Steve Jobs Movie? Discuss this story with fellow Project Casting fans on Facebook. On Twitter, follow us at @projectcasting.
Previous articleZoolander 2 is Happening! Penelope Cruz Joins the Cast
Next articleThe Hunger Games Mockingjay Banned from Several Theaters