Jaden Smith’s dad was not too happy with him wearing women’s clothing.

Although Will Smith is proud of his son Jaden Smith’s history of breaking conventional standards of masculinity in fashion and entertainment, the movie star’s initial reaction was not that supportive. Earlier this year, Jaden Smith posed shirtless in a skirt with a flower behind his hear for a photo he shared on Instagram. Jaden also made headlines when he joined the models of Louis Vuitton for their women’s line. In both pictures, Jaden Smith wore a black skirt with a mesh, fringed tank top. He appears alongside several female models in one of the photos. But, Will Smith wasn’t too happy at first.

Related: Will Smith is the New Owner of the 76ers

“He is so completely comfortable and confident in who he is and when I look at him, I really admire that,” Smith said in a recent interview with News.Au. “Jaden has his own clothing line and then he started wearing a skirt.”

Smith added, “Then I was like, ‘OK. You cannot wear a skirt.’ He said to me, ‘Dad, it’s fine. It’s going to be so hot all the kids will be wearing it.’ I said, ‘No, the kids are not going to do it because their parents will have sense enough to not let them do it.’ But he’s confident in who he is and who he wants to be.” 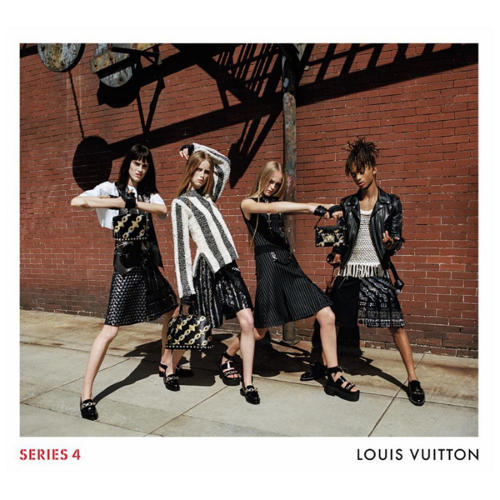 It’s important to point out that Will Smith later said in an interview that Jaden is “100 percent fearless.” Will added: “He will do anything, you know? So as a parent it’s scary, it’s really terrifying, but he is completely willing to live and die by his own artistic decisions and he just doesn’t concern himself with what people think”

Don Cheadle on Acting: “Self-care is real and listening to yourself and taking care of that is really real”