Versace's casting director reveals how to become a model for the world-famous brand.

Versace is one of the most well-known brands in the world. Their Italian clothing line was first founded by Gianni Versace in 1978 and opened in Milan's Via della Spiga in 1978. By 1994, the brand gained international coverage due to the "Black Versace dress of Elizabeth Hurley," which was famously referred to as "that dress." After the death of Gianni Versace in 1997, his sister Donatella Versace, took over as creative director and his brother Santo Versace became the CEO. Then by 2000, the "green Versace dress"worn by Jennifer Lopez at the 42nd Annual Grammy Awards helped place Versace as one of the most iconic designers of all time and ranked that particular dress as the "fifth most iconic dress of all time" in 2008, by the Daily Telegraph. 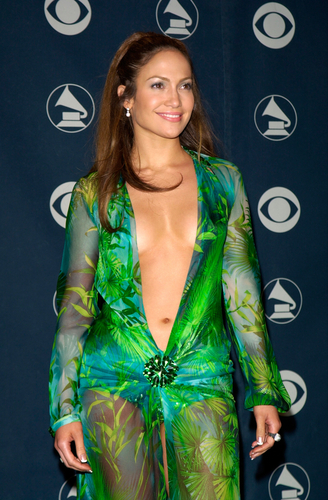 Featureflash / Shutterstock.com But, what does it take to become a model for the Versace brand? How can an aspiring model join the ranks of Jennifer Lopez, Elizabeth Hurley and the dozens of professional models walking down the fashion runways of New York, Paris, Milan and Los Angeles? Well, Versace's casting director recently spoke with Vogue and had some pretty interesting tips for aspiring models. Tinseltown / Shutterstock.com Piergiorgio Del Moro, is a former law student who began his casting career five years ago and is now the director of the majority of Milan Fashion Week's biggest clothing collections including Versace, Max Mara, Dsquared2, Moschino, and Emilio Pucci. Known for his eye for new talent and choosing the right face at the right time. Paolo Bona / Shutterstock.com

Here are his tips to becoming a model for Versace.

What is the first thing you notice about a model when you meet her? How much self-confidence she has, the way she moves, her eye contact and gaze. Personality is the key. When it comes to Versace—a label that is so associated with models—what do you look for in terms of women? Femininity—not the commercial and vulgar variant, but something sophisticated and powerful. Versace is a brand that makes women feel confident and sexy. Since we started working with them, we have been working in two different directions: finding the new Versace girls and inviting some iconic women back to the runway. All of them love walking in Versace because they feel sexy and beautiful and because Donatella has an unbelievable energy.

Tinseltown / Shutterstock.com Del Moro also explained what it is like to be a casting director for major fashion brand. He points out that there are a lot of misconceptions in the industry. "Let’s put it this way: It took two years to explain to my father why clients use casting directors. He’d say, “Why do they need you to pick a model? Don’t they have taste?” A good casting director has knowledge of both fashion and each model’s history. To be successful you need to understand branding and translating a client’s vision." Source: VOGUE