How to Audition for Disney Plus

Disney+ is now a household name and is known for streaming some of the world’s biggest movies, tv shows, and productions. As of December 2, 2020, the streaming platform had 86.8 million subscribers.   Regarding Disney+ casting, Hollywood knows Disney is known for casting a range of actors, including A-list celebrities, to aspiring young actors. The streaming platform has a massive variety of unique, exciting, and different films, shows. As a result, with the growth of streaming, aspiring actors can get an acting job.  In fact, in October 2020, the company announced a significant reorganization of their entertainment business, focusing on streaming. As a result, they are adding more content for Disney+ and other streaming platforms, including Hulu.

Disney+ centers around content made from the main entertainment studio and film industry library, including the following:

Disney+ operates alongside HULU, which Disney obtained following the purchase of 21st Century Fox. In a statement, Bob Iger stated Disney+ would focus on family-oriented entertainment, and Hulu will become the home for general entertainment. 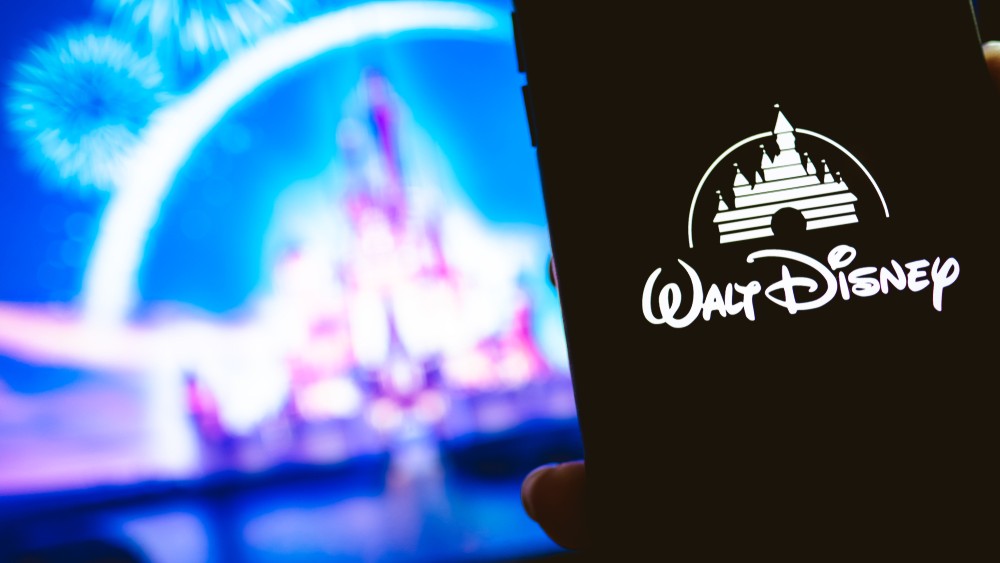 August 5 2019: hand holding the iPhone X with Disney logo on the screen. Disney background - Image (nikkimeel / Shutterstock.com) In the new competitive entertainment landscape, Disney+ is focusing on creating new original scripted content. The platform’s initial content goal was to produce five original films and five original TV shows with budgets ranging from $25 to $100 million. Then, in January 2019, it was reported the company would spend up to $500 million in original content. Also, the company is producing series based on Star Wars and Marvel properties. These include the hit Disney+ series The Mandalorian, a seventh season of The Clone Wars, and an Obi-Wan Kenobi TV series. Marvel shows include WandaVision, The Falcon and the Winter Soldier, Loki, Ms. Marvel, Hawkeye, Moon Knight, and She-Hulk.

The new movie will be directed by Byron Howard and Jared Bush. It will center on a “magical family who live in a magical home.”

Baymax!, Tiana, Moana: The Series and Zootopia+ are coming soon. The company's Animation department announced five new original series and several spinoffs for several of their big-screen hit movies including Big Hero 6, Moana, Princess and the Frog, and Zootopia. Disney+ will also produce the new series Iwaju in collaboration with the Pan-African entertainment company Kugali, which will premiere in 2022 on Disney+.

New Pixar series are coming soon including Up and Cars spinoff series and a new Dug Days, series to premiere next fall.

Buzz Lightyear origin story is coming soon. After leaving the Marvel franchise, Chris Evans will stay with Disney as the new voice of Pixar’s most iconic characters, Buzz Lightyear. The new film will be directed by Angus MacLane and will focus on the character’s heroic origins.

So How Do You Audition for Disney+? There are a ton of aspiring actors. It is tough to get auditions without a talent agent or a manager. Currently, casting directors do not have the time to watch hundreds of auditions hours, so they reach out to talent agents to send their top talent. You can read our guide on how to get a talent agent here. Getting an agent will give you a step up above your competition; it will also help you find more opportunities outside of just Netflix. That said, a top-tier talent agent will give you admission to bigger productions and more prominent roles.

Project Casting shares casting information for some of the biggest productions. Please search our site for your favorite shows, and look at the casting directors who work on it, look at the actors, look at their agents. Use this data to reach out when the time comes for your audition or when casting starts. Also, staying up to date on film and TV news is very helpful. Following Variety, Deadline, Hollywood Reporter, and The Wrap are great places to find daily information regarding cinema, TV, and entertainment.

If you do get an audition with Disney+, you need to be ready. Please read our article on preparing for an audition as it gives excellent advice on how to beat your competition. Other ways to improve your acting resume include studying method acting or Lee Strasberg's work, working with other stage performers, practicing stage combat, and studying performing arts. The art of acting is complex and not very straight forward, like many other careers. However, professional actors can attest that working on your craftworks. You don't have to be an artistic director to get an audition, but you can make it happen.

As we described in our guide on becoming an actor, it is essential to know your type and what type of roles you fit. Check out our guide on how to become an actor – finding your type here.

Are you ready to audition for Disney+?

How Hollywood gets to know you can have a considerable impact on your career in the entertainment industry. That is why focusing on doing a great audition with every opportunity is so important. That said, if you don’t feel ready, focus on what you would need to do to boost your skills? Do you need new headshots? Do you need additional acting classes? Do you need a new agent? I highly recommend you build some experience first, start working on independent productions, develop a video reel, and your acting career will begin to flourish.

Emailing Disney will not help you get an audition. Disney does not work with you to get an audition. Disney work with Production companies that hire casting directors to cast the productions. Disney is a for-profit organization and can not answer every email and letter. Ultimately, do not focus less on doing cold emails or knocking on locked doors. Instead, put your energy into becoming a great actor, build your online presence, and finding great representation.   You can also find the latest Disney+ Casting Calls here.

Who casts Disney+ shows and movies?

Disney does not do casting in house. Disney+ hires a casting director to hire actors for the shows and movies. Here’s a list of casting directors who actively work with Disney+:

Many casting directors work with the company; follow our casting information guides to learn who casts for the latest Disney+ TV shows and movies.  You should now focus on one particular casting director and focus on getting an audition first. An audition is the best way for you to get noticed by a casting director and getting cast on Netflix. What is it like to work with Disney+? Disney+ has a wide range of productions ranging from Star Wars movies to teen dramas. That said, Disney+ pays its actors for their work.

It is important to note that the entertainment industry is fiercely competitive. But, if you put the work in, you can reach your dreams. It will not happen overnight, but you can get cast with hard work and dedication. Give yourself a chance and understand that you will fail many times, but it only takes one opportunity to become an actor and perhaps a superstar.

Don’t know where to begin?

If you are serious about becoming an actor, it starts with training and working on your craft. Train with us to learn how to boost your acting career. Create a profile with Project Casting here and get discovered today! More Project Casting Entertainment Resources: