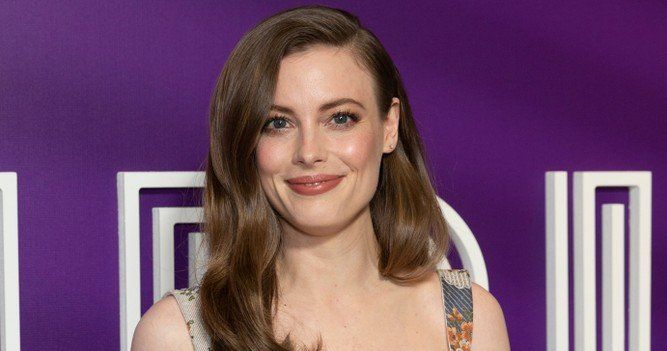 Actress Gillian Jacobs shares acting tips she has used since graduating from Juilliard.

Since 2004, actress and writer Gillian Jacobs has appeared in numerous movies and television series. Since graduating from Juilliard School in 2004, she has acted in several general comedy or drama projects and a few genre-related works. While discussing her part in the horror film series Fear Street with The Hollywood Reporter, Jacobs mentions what she believes is the key to a good day at work, genre-related or otherwise:

"For me, it's about finding something that I'm excited about and that I'm passionate about. Whether it's a genre project or a more dramatic project, if I can find something that I really want to do and get lost in and have a good time doing, that's the key for me."

Jacobs is straight in her answer, stating that she has no preference for any genres. She refers to the 2016 independent comedy Don't Think Twice as an example of a project where she learned a lot since it was anything she hadn't done recently. Jacobs claims:

"What's been fun about being in all different sorts of genres of movies and TV shows is that it stretches me as an actor. So I kind of want to do whatever I haven't done recently. (Laughs.) That's sort of my answer always. Something that feels new or different. I did this movie [Don't Think Twice> with Mike Birbiglia a few years ago, where I was part of an improv troupe. I had never really studied improv, and that movie required me to study improv and improvise and really be a part of an improv troupe, which was very intimidating to me. But I ultimately found it really exciting and fulfilling to challenge myself in that way. So those roles that really push you in a new direction as a performer can be unexpected, and I'm pretty open to whatever that might be next."

On a lighter note, Jacobs considers what it means to have a good day at work as an actress. She explains, "I think surprising myself constitutes a good day at work. In a scene, it's whenever you can feel like you gave a performance that you didn't anticipate, but feels right for the scene, the character, the story and everything. It's those moments where you just feel so in the moment with your co-star, and you feel so in alignment with the character, the director, and the writer, and you can surprise yourself. I think that's really exhilarating."

Gillian Jacobs is an American actress who is best known for her roles on the television shows Community and Love. She has also starred in films such as Hot Tub Time Machine, Don't Think Twice and Life Partners. She was born in Pittsburgh, Pennsylvania and began her acting career with a role in the play The Little Flower of East Orange at the Pittsburgh Public Theater. She then moved to Los Angeles to pursue a career in acting and made her television debut in an episode of Cold Case in 2006. After several guest roles, she was cast as Britta Perry on Community, which earned her critical acclaim and various accolades. She has since gone on to star in films such as Hot Tub Time Machine, Seeking a Friend for the End of the World and Life Partners. In 2015, she was cast in the new Netflix series Love as Mickey Dobbs. Jacobs also stars in the HBO television movie People You May Know. She will soon be seen on the big screen in Colossal, which is set for release later this year. Outside of acting, Jacobs is an animal rights advocate and actively raises awareness of issues related to the subject. She also strongly supports various charities, including The Art of Elysium and Stomp Out Bullying.

In addition to her acting career, Jacobs has had a passion for music since she was a child. She plays violin, piano and guitar, and has even performed live in several musical ensembles. She is also a talented singer, having provided vocals on the soundtrack of Life Partners. In 2016, Jacobs appeared as herself in an episode of Kocktails with Khloe on the FYI network. The episode focused on her career and included conversations with guests about her roles, her music and her activism. Jacobs is an inspiration to young actors and actresses who aspire to make it big in the entertainment industry. With hard work, dedication and a positive attitude, she has achieved great success and continues to impress with her performances on both television and film. Here's wishing her all the best for the future!

How to Find Film Director Jobs

Where to find jobs for Film Director Jobs There are a few places you can look for film director jobs. The best way to find work as a film director is to start b...

Learn How To Get On A Podcast

How to Get on a Podcast If you're a podcaster, there's a good chance you're always on the lookout for new content and guests. Maybe you've even thought about ha...

How to Create a Video Reel That Doesn't Suck

How to Make a Good Video Reel For actors, a showreel or demo reel is essential. Agents and casting agents will want to see your work on camera before signing yo...

Previous articleHow to Get Cast in Netflix’s ‘The Young Wife
Next articleIs Utah’s Film Industry in Trouble?