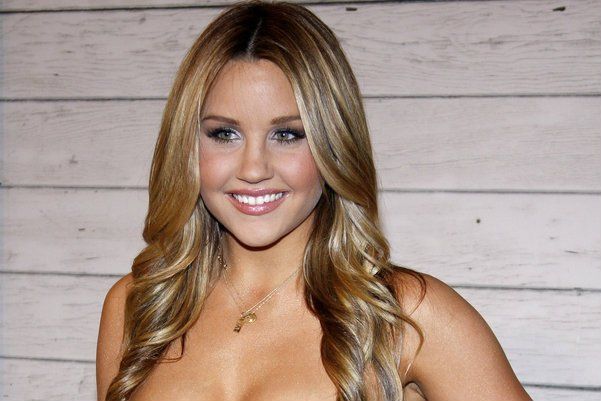 Amanda Bynes opens up about her drug addiction, depression and how it affected her acting career.

Amanda Bynes suffered years of drug addiction which filed feelings of insecurity. Now Amanda Bynes is working on herself and on a better path. She covered Paper magazine this November, and Bynes goes into detail about the period in her life that eventually pushed her to retire from acting.

Amanda Bynes opens up about her early drug use

"I started smoking marijuana when I was 16," admitted Bynes. "Even though everyone thought I was the 'good girl,' I did smoke marijuana from that point on." The actress was 16 around the same time she starred in Big Fat Lie with Frankie Muniz. "I didn't get addicted [then> and I wasn't abusing it. And I wasn't going out and partying or making a fool of myself... yet," continued Bynes about her early start with drugs. Amanda Bynes at the Los Angeles Premiere of "Star Trek" held at the Grauman's Chinese Theatre in Hollywood, California, United States on April 30, 2009. (inseltown / Shutterstock.com)

"Later on it progressed to doing molly and ecstasy," Bynes stated, giving an example of how she graduated to harder drugs. She says she never really liked cocaine but fell in love with Adderall. "I definitely abused Adderall," she explained. After reading an article while she was filming Hairspray she was excited about a magic pill that would make women skinnier. As a result, Bynes faked the symptoms of ADD and got her a prescription of Adderall.

"When I was doing Hall Pass, I remember being in the trailer and I used to chew the Adderall tablets because I thought they made me [more] high [that way]," Bynes stated. "I remember chewing on a bunch of them and literally being scatterbrained and not being able to focus on my lines or memorize them for that matter."

She says the desire to lose weight gave her a feeling of body dysmorphia. She recalls “seeing my image on the screen and literally tripping out and thinking my arm looked so fat because it was in the foreground or whatever and I remember rushing offset and thinking, Oh my god, I look so bad." She ended up quitting acting soon after walking off set in the middle of filming Hall Pass.

Amanda Bynes also talked about how the movie She’s The Man led her into a “deep depression. “When the movie came out and I saw it,” she told Paper Magazine, “I went into a deep depression for four to six months because I didn’t like how I looked when I was a boy.”

Bynes starred as a teenager who disguises herself as a boy to play for an exclusive all-male prep school’s soccer team. Bynes tells Paper that seeing herself with short hair and sideburns was “a super strange and out-of-body experience. It just really put me into a funk.”

In 2014, Bynes was arrested for suspicion of driving under the influence. She has previously been arrested for hitting a police car in 2012, and entered rehab the following year. Now, the former All That star says she has been “sober for almost four years.”

You can read the full interview here.