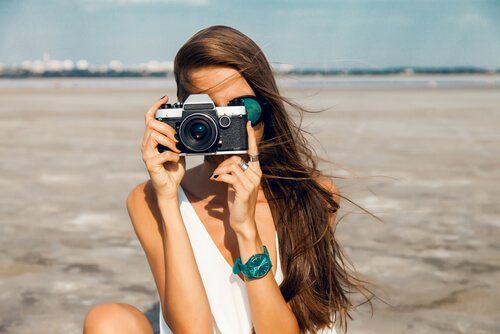 Headshot tips that every actor should know.

Headshots are extremely important in the film industry. Outside of an actor's acting resume, an actor's headshot is the key to landing bigger TV shows and movies. For example, an actor's headshot is placed nearly everywhere after an actor lands a movie role - the production office, the director's desk, the casting director's office, news outlets, etc. So, if you're an aspiring actor, what should your headshot look like? Well one former Hollywood talent agent recently opened up on Reddit about headshots and what you should do if you want to land more roles. Here’s what he had to say:

"Headshots are tricky. We are looking for something that pops out."

Apparently, you don't want too much make up, avoid profile pictures, have a decent background.

"Headshots are tricky. We are looking for something that pops out. I know that isn't the best answer but its the only one I can give. There is no right answer. If you are wearing too much make-up it is a turn off as we don't know what your natural face looks like. The background shouldn't make you blend into it or over shadow you. Profile pics are usually not good as we are looking to see your face."

You should also want the photo to show your face and focus on what works.

"Your face should be unobstructed and the best advice I can give you is don't get super creative on the pose. Go with what has worked."

Your headshot is competing with thousands of other actors it needs to stand out.

"When we submit your headshot to a casting agent, they get a very little thumbnail of your image and thousands of others. The people who get called in for the auditions are the ones who had headshots that made them stand out from the rest. A good headshot makes you "pop" not blend."

You don't need to spend a ton of money in order to obtain a great headshot.

"The best headshots are not always the most expensive. We used to send people to this photographer that only changed $75 bucks. Soon after getting them, they always booked. She was amazing at getting the best "look."

You also need to know your type and your headshot should show that.

"The other thing is that when you take a headshot, know what your type cast is. The object is to get your foot in the door and get work, so dress and look the part you would most likely get cast for. If a casting agent can see you as that character, then they will cast you as such."
Previous articleHollywood Reacts to 'Brussels' Terrorist Attack
Next articleMargot Robbie to Star in Tonya Harding Movie