Sony Pictures and Marvel Studios have just announced their new 'Spider-Man' star and it's Tom Holland.

Tom Holland best known for playing the title role in Billy Elliot the Musical at the Victoria Palace Theatre, London, as well as for starring in the 2012 film The Impossible. Recently, Tom Holland was cast in the role of Young Nickerson in the film In the Heart of the Sea, directed by Ron Howard, alongside Chris Hemsworth.  The movie is set for 2015 release. According to the press release, Sony Pictures and Marvel Studios plan to release the new Spider-Man movie on July 28, 2017.

Sony Pictures and Marvel Studios are proud to announce that after a full worldwide casting search, Tom Holland will play Peter Parker/Spider-Man in the next Spider-Man film, in theaters in IMAX and 3D on July 28, 2017.  The film will be directed by Jon Watts, director of "Cop Car," the upcoming thriller that made its debut earlier this year at the Sundance Film Festival. Marvel and Sony Pictures, and producers Kevin Feige and Amy Pascal conducted an extensive search for both the actor and the director.  The studios and producers were impressed by Holland’s performances in "The Impossible," “Wolf Hall,” and the upcoming "In the Heart of the Sea," and by a series of complex screen tests.  Following Marvel’s tradition of working with the brightest next wave of directors, Watts also went through multiple meetings with Feige, Pascal, and the studio, before winning the job.

But, it begs the question - why did Marvel and Sony Pictures pic Tom Holland, a young actor with a very small acting career. Sony Pictures producer Amy Pascal explained, “Sony, Marvel, Kevin and I all knew that for Peter Parker, we had to find a vibrant, talented young actor capable of embodying one of the most well-known characters in the world.  With Tom, we’ve found the perfect actor to bring Spider-Man’s story into the Marvel Cinematic Universe.” 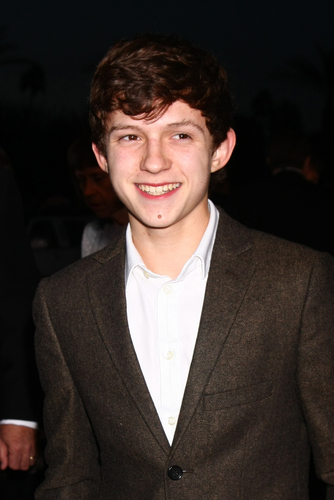 Helga Esteb / Shutterstock.com The new Tom Holland aka Spider-Man will appear in Captain America: Civil War, which is filming in Atlanta, Georgia. Casting directors are constantly seeking extras to work on the Marvel feature film, to join the cast and crew of the latest Marvel movie, check out the latest casting calls here.
Previous articleNetflix 'House of Cards' Season 4 Casting Call for Reporters
Next articleWhy NBC Canceled 'Hannibal'