“How could a person publicly stand by an organization that helps to provide support for victims of sexual assault while privately preying on people who have no power?” said Johansson, one of the 300 original signatories of the Time’s Up letter calling for an end to abuse and harassment of women everywhere.

Speculation on social media immediately pointed toward Franco, since the Disaster Artist actor was accused of sexual misconduct by multiple women on Twitter after wearing a Time’s Up pin to the Golden Glubes. Franco has since denied the allegations. 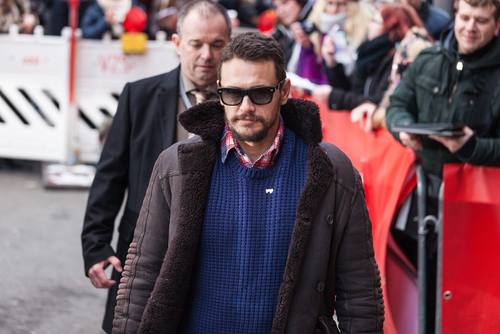 A rep for Johansson confirms to the Los Angeles Times her comments were meant for and referring to Franco.

Johansson continued on and discussed how she had to trust her instincts.  “Suddenly I was 19 again and I began to remember all the men who had taken advantage of the fact that I was a young woman who didn’t yet have the tools to say no, or understand the value of my own self-worth,” she said.

“I had many relationships both personal and professional where the power dynamic was so off that I had to create a narrative that I was the cool girl who could hang in and hang out, and that sometimes meant compromising what felt right for me.”

Johansson told the crowd she refuses to compromise her voice and instincts. “No more pandering. No more feeling guilty about hurting someone’s feelings when something doesn’t feel right for me,” she said. “I have made a promise to myself to be responsible to my self, that in order to trust my instincts I must first respect them.”

Related: What do you think? Discuss this story with fellow Project Casting fans on Facebook. On Twitter, follow us at @projectcasting.
Previous articleResearchers Reveal What Personality Disorders Most Actors Have (STUDY)
Next articleRobert Downey Jr. Gives 'Avengers' Cast and Crew Personalized Chairs