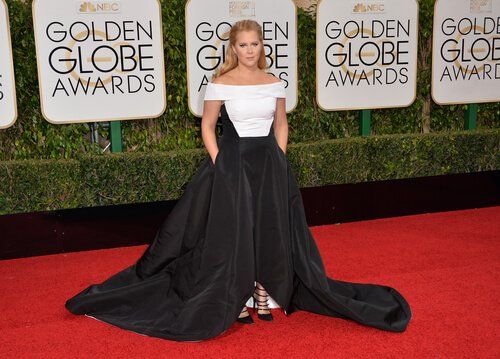 Following the Pulse nightclub shooting in Orlando, Florida, Amy Schumer has decided to cut a gun scene out of an upcoming movie.

According to E! News, Amy Schumer, who is currently filming her new movie in Hawaii, has decided to cut at least one scene from the movie which shows someone shooting a gun at people.

Why was the scene deleted?

According to reports, E! News revealed that Schumer decided to remove the scene after the mass shooting that claimed the lives of 49 people at a gay nightclub.

The movie features Amy Schumer, Goldie Hawn and British actor Tom Bateman. Fox announced in October that it had scheduled the project for a Mother's Day weekend release next 2017.

Tinseltown / Shutterstock.com This is not the first time Amy Schumer fought for gun control. The comedian made public appearances with her cousin, Sen. Chuck Schumer, in an effort to speak against gun violence and to raise awareness. "Gun violence is ripping apart America; it's ripping apart our families," she said at an October press conference with Sen. Schumer. "And even those untouched by violence must every few days just look up in a stunned silence at another nightly newscast that reads like an obituary."

Jaguar PS / Shutterstock.com In July 2015, a gunman opened fire at a showing of Trainwreck, killing two people and injuring others before he killed himself. "I was by myself in a hotel, and I was just like, I wish I never wrote that movie," Schumer said in an interview with Vanity Fair. "It's like when the Dark Knight shooting happened, and in Paris. The idea of people trying to go out and have a good time—you know, like looking forward to it?—I don't know why that makes me the saddest."

Following the deaths of 49 people, it seriously begs the question whether Hollywood should follow behind Amy Schumer's footsteps and cut the amount of violence in movies and TV shows. But, with the rise of Superhero movies, I seriously doubt violence in movies will stop. Related: What do you think? Share with us your thoughts in the comments below.
Previous articleJustin Bieber Suffers a Major Fall [VIDEO]
Next article$14000 Sporting Goods Commercial Houston Casting Call