Production for the Obamas' first date movie is ramping up production and scheduled to film in Chicago, Illinois.

President Barack Obama and First Lady Michelle Obama's first date is being turned into a movie. According to reports, Ride Along's Tika Sumpter will play the future first lady, while no actor has been cast to as the president.

Southside With You will focus on the day in 1989 when first-year law student Barack Obama wooed the future Michelle Obama(then Robinson) with a trip around Chicago. Get On Up's Tika Sumpter will play the young first lady, while no actor has yet been cast to play her future husband.

Richard Tanne will direct from a script he wrote. The Worst Friends writer developed the idea with Tika SUmpter, with whom he will executive produce. Tracey Bing and Stephanie Allain will produce for Allain's Homegrown Pictures. The film aims to shoot in Chicago in July. 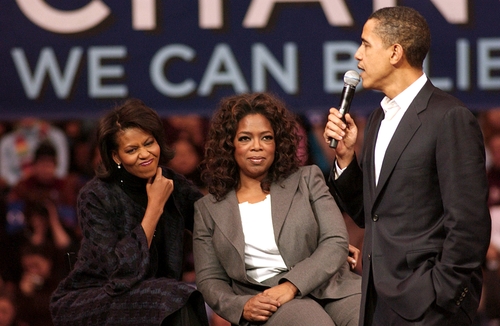 Everett Collection / Shutterstock.com The Obamas, who were married in 1992, described their first date in an interview on the campaign trail for the president's re-election in 2012. The young couple visited the Art Institute of Chicago, took a long walk around the city and went to to see Do the Right Thing, the movie made by a then unknown director, Spike Lee that had just come out in theaters. Discuss this story with fellow Project Casting fans on Facebook. On Twitter, follow us at @projectcasting.
Previous articleMaze Runner: Scorch Trials Casting Call for Middle Eastern Actors
Next articleMarvel Ant-Man Announces Filming has Wrapped