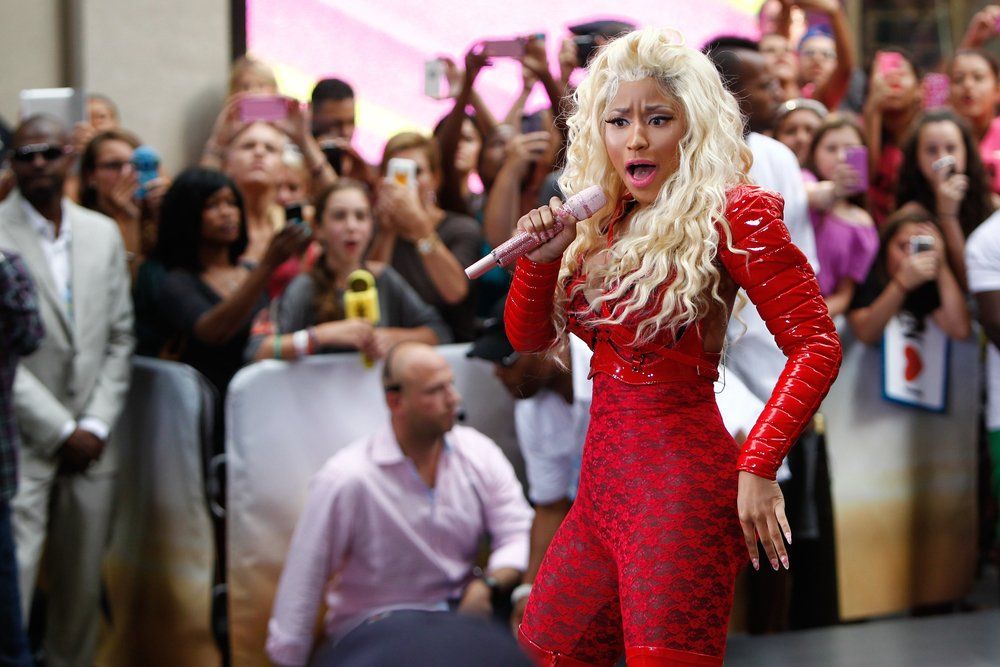 Nicki Minaj is a professionally known singer originally from Trinidad and Tobago and raised in South Jamaica, Queens, New York. After releasing three mixtapes in 2007 through 2009 she signed to Young Money Entertainment in 2009 helping her launch music career. Her debut album Pink Friday peaked at number one on the U.S. Billboard 200 and lead to the hit song Super Bass. Since then, every album she has released has been a major hit. Now according to reports, Nicki Minaj is set to have her own TV series on ABC Family.

Helga Esteb / Shutterstock.com According to Deadline, a new sitcom about Nicki Minaj's life is headed to ABC Family. The TV series will be written by Kate Angelo who is best known for writing the 2014 comedic movie Sex-Tape and 2010's The Back-Up Plan. Now this project is still in it's early stages, so we truly have no idea what it's going to be like. Will it be more like The Fresh Prince of Bel-Air or will it be more serious and coming of age like some other comedic dramas on ABC Family? Either Way, Nicki Minaj has a pretty huge personality, so it would take a special kind of actress to fill her shoes. Luckily for producers and casting directors they have a time to pick and choose the next big actress to play Nicki Minaj. Deadline also reports the show will be filming its pilot this winter, with the intention to continue the series into next year.