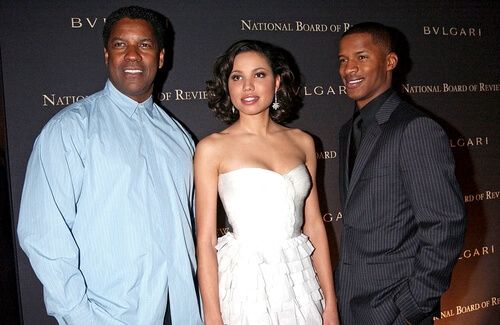 Birth of a Nation fellowship that will sponsor one young filmmaker of color, 18 to 25 years old, for the next five years to participate in the Sundance Ignite program. The program is a year-long fellowship with the Sundance Institute that allows aspiring filmmakers to attend the Sundance Film Festival and interact with filmmakers and other industry heavyweights.

During the event, Nate Parker also revealed the best piece of filmmaking advice he had ever received from George Lucas. Parker "I told him that people are telling me maybe it can't be done, maybe it's impossible," he said. "He said, 'Well, when people tell you it's impossible, that's when you know you're on the right track.'" Parker understands the difficulty of becoming a filmmaker. He explained, "I often compare it to being on an island. You're by yourself and all you have is your script, your dream, your voice. And you're surrounded by an ocean of fear, an ocean of doubt, an ocean of despair, an ocean of reasons why that voice does not need to exist in the world." In case you didn't know, Nate Parker's The Birth of a Nation, won the Jury and Audience Award at Sundance. It would later sell for a record breaking $17.5 million to Fox Searchlight at Sundance. Birth of Nation, which as filmed in Savannah, Georgia, hits theaters on October 7th. This news come after Parker received criticism for marrying a white woman. According to reports, after E! News posted a picture of Nate Parker and his wife Sarah, to congratulate the couple on the birth of their fourth child. What should have been an amazing experience and time for Parker, quickly turned into a media frenzy and controversy. In fact, several Twitter users brought up Nate Parker's previous rape accusations while he was a student at Penn State. Via The Hollywood Reporter Related: What do you think? Share with us your thoughts in the comments below.
Previous articleSony Announces 'Bad Boys 3' Release Date, Sequels
Next articleHow Morgan Freeman Nearly Destroyed His Acting Career