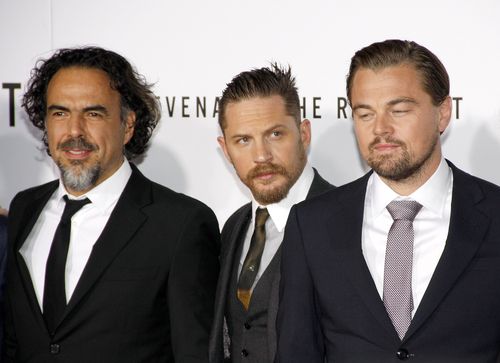 Leonardo DiCaprio could be banned from Indonesia after controversial comments go viral on social media.

Leonardo DiCaprio maybe an Oscar-winning actor but, that does not make him immune to other countries' laws, rules, and regulations. Related: [Watch> Leonardo DiCaprio’s Amazing Audition for ‘The Outsiders’ Leonardo DiCaprio vacationed in Sumatra for a few days and explored the Leuser ecosystem as well as the endangered wildlife living in that part of the world. After enjoying the scenery, DiCaprio decided it was appropriate to tell his millions of fans about the Leuser on Instagram, with a cute orangutan photo. According to The Hollywood Reporter, things didn't go over too well with Indonesia officials: Tinseltown / Shutterstock.com

Heru Santoso, the spokesman for the Directorate General for Immigration at the Law and Human Rights Ministry, said that DiCaprio used his visit to discredit the palm oil industry and the Indonesian government.

According to reports, DiCaprio, any of the landowners and/or companies that he associated himself with during his visit in Indonesia will be denied a visa the next time they try to visit the country. But, that is a small price to pay for awareness about the environmental conditions the animals and people endure in the country. Related: Stacey Dash Bashes Leonardo DiCaprio’s Oscar Speech

A world-class biodiversity hotspot, the #Indonesian Leuser Ecosystem is one of the most important areas of intact #rainforest left in Southeast Asia. Its forests are home to the densest remaining populations of the critically endangered Sumatran #orangutan. But Palm Oil expansion is destroying this unique place. Now is the time to save the Leuser Ecosystem. We must develop a permanent solution to protect and restore this valuable natural asset. Click the link in the bio to stand up and #SaveLeuserEcosystem. #Indonesia

On the bright side, Leonardo DiCaprio is putting his money where his mouth is as far as environmental protection efforts go. It's important to point out that DiCaprio announced his commitment to saving the environment during his Oscar award speech. Related: How Leonardo DiCaprio Nearly Quit Acting Forever

“Making The Revenant was about man’s relation to the natural world that we collectively felt in 2015 as the hottest year in recorded history. Our production needed to move to the southern tip of this planet just to be able to find snow. Climate change is real, it is happening right now, it is the most urgent threat facing our entire species, and we need to work collectively together and stop procrastinating.”

(via The Hollywood Reporter)

What do you think of DiCaprio's comments? Share with us your thoughts in the comments below!