HomeMusicWHAT? Kylie Jenner May Be Secretly Launching a Music Career 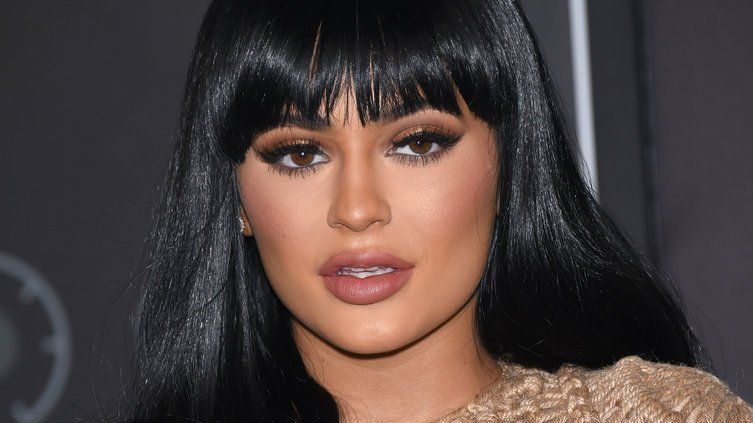 Earlier this year, Kylie dropped a music video for her makeup line. It was a mixture between Spring Breakers and a Louis Vuitton commercial. Immediately after the video hit the Internet, many fans wondered who was behind the song in the video. The song in the video, "3 Strikes," was recorded by the group Terror Jr. - an unknown recording group that started a SoundCloud page the same day the video went viral, according to reports. Since no one has ever heard of the group before that day, many fans started wondering that it was Kylie herself singing in the video. But, it's about to get intense. The Fader reached out to Effess Records, which was originally listed on Terror Jr.'s Facebook page and has since been removed. It turns out the same producers behind that Kiiara song "Gold" are behind the alleged supergroup. In addition, V Magazine exclusively premiered the band's third track, "Trippin" and in the article linked out to the instagram of "Lisa" the frontwoman of the band. At the moment, Lisa Terror has uploaded one picture: a super-mysterious silhouette. V has also pointed out that a “Kylie” is listed as one of the “creators” on SoundCloud of the band’s latest song, “Come First.” And then there's the cover artwork of the single, which seems to come from the marketing team behind Kylie's lip kit. On social media, the band has even hinted that Kylie is the lead singer.

It is important to point out that Kylie Jenner has a talented group of musicians around her. In fact, her brother-in-law is Kanye West and her on- and off-again boyfriend is Tyga. In addition, Kylie Jenner is friends with the singer Pia Mia. According to BuzzFeed, Kylie Jenner has reportedly been taking singing lessons. This method of promoting her singing career may not be a bad idea. She has a talented team behind her and momager that will do anything to make her kids famous. And by hiding behind a mysterious Instagram account, Kylie could be building her singing career under the entire world's nose. Do you think Kylie is preparing for a singing career?
Previous articleDiddy: President Obama "Shortchanged" Black People
Next article5 Famous Actors Poop Horror Stories That Will Brighten Your Day