Jack Ryan maybe able to save the world from psychotic terrorist assassins but, following the release earlier this year, it will be hard for any secret agent to save the day. Chris Pine was recently interviewed by Moviefone, during the interive he was asked if there would be a sequel to Jack Ryan: Shadow Recruit, which opened earlier this year on January 15th to $15.4 million. "No, I don’t think it made enough money for that to happen," Pine said about a possible sequel. "That’s one of my deep regrets, that we didn't totally get that right." Chris Pine added that he still respects the franchise and wouldn't mind if anyone else took over the role. Alec Baldwin, Harrison Ford and Ben Affleck have previously played the spy. "It’s a great franchise, and if it’s not me, then I hope it gets a fifth life at this point," continued Pine, who can currently be seen in Into the Woods. "It’s just great. I love the spy genre. I hope it’s done again and with a great story." Jack Ryan: Shadow Recruit was directed by and co-starring Kenneth Branagh. Chris Pine, Kevin Costner and Keira Knightley starred in leading roles. Jack Ryan: Shadow Recruit centered around Jack Ryan, as a young covert CIA analyst, uncovers a Russian plot to crash the U.S. economy with a terrorist attack. 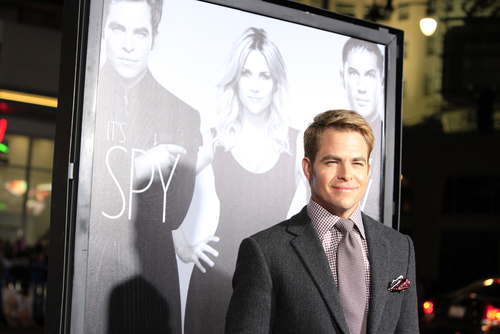 Joe Seer / Shutterstock.com Jack Ryan: Shadow Recruit received mixed reviews. On the film-critics aggregator Rotten Tomatoes, the film received 56% positive reviews with an average score of 5.7/10, based on 160 reviews. The site's consensus reads: "It doesn't reinvent the action-thriller wheel, but Jack Ryan: Shadow Recruit offers a sleek, reasonably diverting reboot for a long-dormant franchise." On Metacritic it holds a metascore of 57, based on 36 reviews, indicating "mixed or average reviews". CinemaScore reported that audiences gave the film a "B" grade. Discuss this story with fellow Project Casting fans on Facebook. On Twitter, follow us at @projectcasting.
Previous articleHow to Audition for a Role on 'Orange is The New Black'
Next article'The Interview' Makes Over $15 Million Dollars