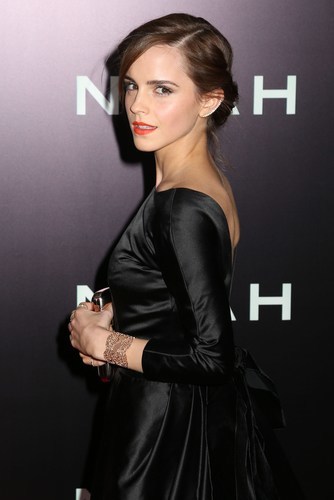 JStone / Shutterstock.com Emma Watson posted an image of Rickman with a quote, in which he discusses feminism, superimposed. Of course, Harry Potter fans were quick to bash the former Harry Potter actress.

Many Twitter users accused Emma Watson, a UN goodwill ambassardor and the pioneer of the UN's feminist HeForShe campaign, of exploiting Rickman's death to further her political agenda.

I love you Emma Watson but don't use his death to push your feminist agenda. No better than democratic politicians https://t.co/mqSQgkDDCx — Taylor Sanders (@tayman47) January 14, 2016

@EmWatson don't make us hate him. Also, nice using your dead friend your your agenda.

Emma, you are a repugnant human being using his death to push your agenda. Go fuck yourself, twat. https://t.co/FDSXXoSb4Y

This is not the first time Emma Watson was bashed for her feminism practices and beliefs. In October, she was target of a "cum tribute" as Mic describes as "a colloquialism that describes the act of a man ejaculating on a picture of a women's face and then posting it online. "They're a brutal and highly public form of sexual debasement, a way to make the subject feel violated, a way to assert dominance over a woman from behind a computer screen," Mic's Max Plenke wrote. "They're an insidious (and not to mention gross) form of misogynistic online harassment." Emma Watson would later pay tribute on Twitter with other Alan Rickman quotes.