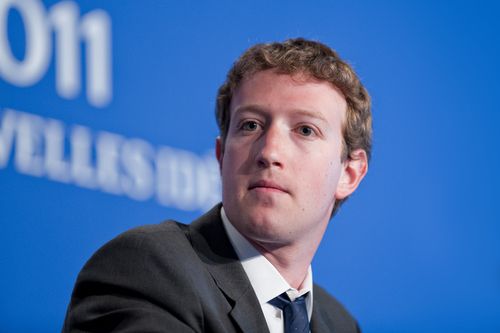 Mark Zuckerberg says Facebook will feature mostly videos in the next five years.

During Facebook's annual F8 developer conference in San Francisco, the billionaire revealed that how Facebook is going to change in the next few years.

In Facebook's early days, users shared primarily text content, Zuckerberg told the audience. Today, they share mostly photos. "Fast forward five years, it's going to be video," he said. "If you look out even further, it will be more immersive content like AR and VR." [THR>

With 1.4 billion users, the social media site has become a vital source of traffic for publishers looking to reach an increasingly fragmented audience glued to smartphones. In recent months, Facebook has been quietly holding talks with at least half a dozen media companies about hosting their content inside Facebook rather than making users tap a link to go to an external site. [New York Times]

At the end of the day, Facebook is slowly taking over the Internet positioning itself in a place where the only way you can find information, watch videos, or read the news will be through Facebook. Discuss this story with fellow Project Casting fans on Facebook. On Twitter, follow us at @projectcasting. Image Credit: Frederic Legrand - COMEO / Shutterstock.com
Previous articleHBO Cancels 'Looking' After Only Two Seasons
Next article'The Mindy Project' Cancelled? Ratings Hit New Low Point