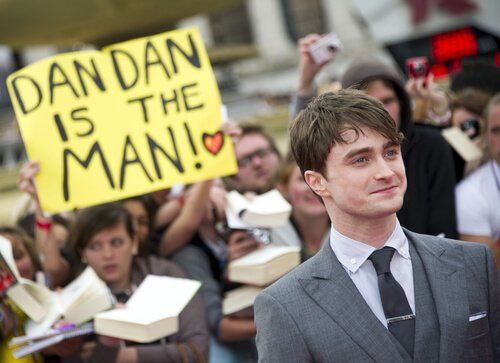 Daniel Radcliffe became incredibly rich while he was only a child. Radcliffe not only became world famous but, he became extremely rich. In fact, it is estimated that he earned over $100 million from the film franchise. Radcliffe told Belfast Telegraph: "I don't really do anything with my money.

"I'm very grateful for it, because having money means you don't have to worry about it, which is a very lovely freedom to have. It also gives me immense freedom, career-wise."

Since he hasn't touched much of his money, he says he is free to act in independent feature films.

"I feel you have a responsibility when you can be that choosy. For all the people who've followed my career, I want to give them something to be interested in, rather than them just watch me make loads of money on c--- films for the rest of my life."

For Radcliffe, money can not buy his feelings and emotions on set.

"If someone told me tomorrow, ‘You’re never going back on set,’ I really wouldn’t know what to do with the rest of my life. I don’t know what my life looks like without regularly being on a film set. "I’d go crazy. I’m one of the lucky few who loves my job." What do you think? Discuss this story with fellow Project Casting fans on Facebook. On Twitter, follow us at @projectcasting.
Previous articleCasting Call removed
Next articleNeve Campbell's 'SCREAM' Audition is AMAZING [VIDEO]