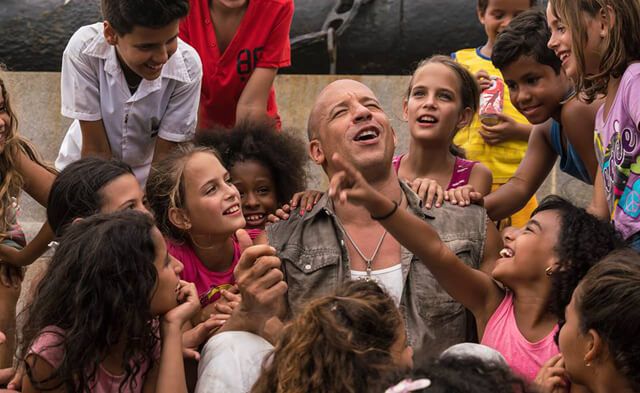 Fast & Furious 8 is one of the biggest upcoming movies to hit Hollywood and possibly the world in the next few months. It is so popular, hundreds upon thousands of aspiring actors have done nearly everything to join the cast and crew of the latest Vin Diesel adventure. But, three Cubans took it to another level. Related: ‘Fast & Furious 8’ Cleveland Casting Call for Stunt Drivers

According to Fox News, three cubans were found hiding on a cargo ship carrying film equipment used in the filming of the new Fast & Furious 8 movie.

According to Port Everglades spokesperson Ellen Kennedy, the three people were found by U.S. Customs and Border Protection officials hiding in an auto carrier aboard a cargo ship on Friday. The ship was traveling from Cuba to Post Everglades. Customs public information officer Migdalia Artega confirmed that three Cuban nationals were confirmed but did not identify them due to privacy laws.

The warm and welcoming people of Cuba have been incredible to the cast and crew of #F8. #FastFridays

Via Fox News What do you think? Discuss this story with fellow Project Casting fans on Facebook. On Twitter, follow us at @projectcasting.
Previous articleGAP Open Casting Call for Kids and Cute Baby Models
Next article#RunningManChallenge is Going Viral: 5 Best Videos So Far [VIDEO]