Filmmakers were filming an independent feature film until masked figures approached now the cops are involved.

Police are searching for two creepy masked figures talking kid filmmakers out making a movie. The filmmakers were in Auckland, new Zeland filming in a deserted area when two masked men and women appeared out of the woods.

The group of masked men and women followed the kids, hardly moving, but always watching. Who knows what these masked strangers wanted? According to reports, a man and a women were spotted in parks around the city for around three weeks. Witnesses claimed they saw what looked like firearms in their hands. A film school student filmed his scary encounter with the couple. Another witness said: "They wouldn't say anything and just stared".

Police in the area released an official statement: 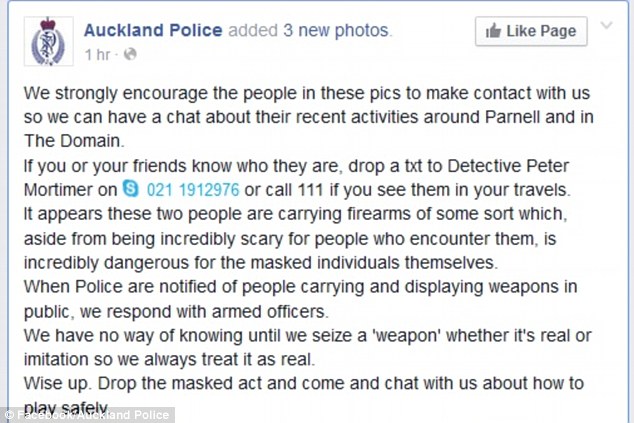 You can watch what the filmmakers captured on camera here: http://youtu.be/boDA9DFxmbY Discuss this story with fellow Project Casting fans on Facebook. On Twitter, follow us at @projectcasting.
Previous articleThe Movies and TV Shows Now Filming in Toronto
Next article'Dog Whisperer' Cesar Millan Sued Over Pit Bull Attack