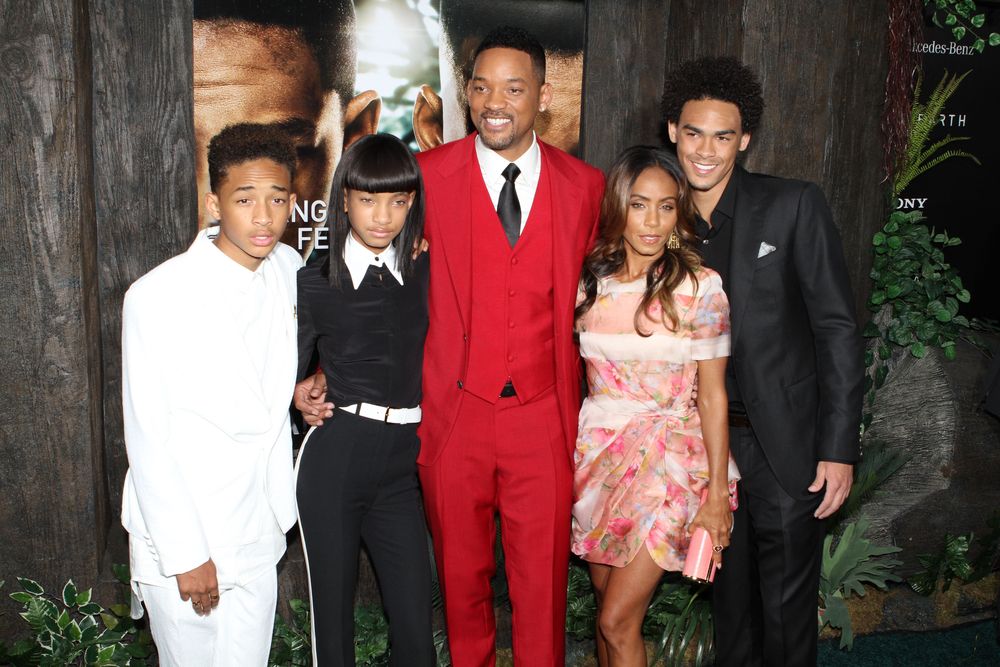 NEW YORK - MAY 29: Jaden Smith, Willow Smith, Will Smith, Jada Pinkett Smith and Trey Smith attend the premiere of "After Earth" at the Ziegfeld Theatre on May 29, 2013 in New York City.

Child Protective Services is investigating Will Smith and Jada Pinkett-Smith over the controversial photo their daughter Willow posted on Instagram.

According to reports, The Los Angeles Department of Child Protective Services is investigating the Hollywood couples over their daughter's recent Instagram activity. The controversial photo shows Willow (13) who is fully clothed, lying next to a shirtless Moises Arias (20), of Hannah Montana.

(Photo : Info Nubia) Will and Jada both publicly stated that they don't have an issue with the photo, Child Protective Services is committed to investigating for another month. Jada Pinkett Smith previously talked about the picture and accused everyone in the media of acting like a bunch of "pedophiles". The investigation started when the department received an anonymous type about the welfare and safety of Willow, based on the contents of the photo." According to Radar Online, “Will and Jada Pinkett Smith have been extremely cooperative with officials. Of course, they aren’t happy that their parenting skills are under scrutiny, but they understand.” They also plan on questioning Willow and Moises Arias separately.  “Social workers will also be talking separately with Willow, and they also want to talk to the young man in the picture with her as well. This won’t just be one or two visits with the family, and it will likely be an open investigation for at least a month, out of an abundance of caution.” Moises Arias, who’s best known for his role on Hannah Montana, later deleted the shot with the “Whip My Hair” singer shortly after posting it. Discuss this story with fellowProject Casting fans on Facebook. On Twitter, follow us at @projectcasting. Photo Credit: JStone/Shutterstock
Previous articleIs MTV's 'Catfish' Fake? 4 Reasons Why MTV 'Catfish' is Real
Next articleLevi's CEO: 'Stop Washing Your Jeans and Start Freezing Them'