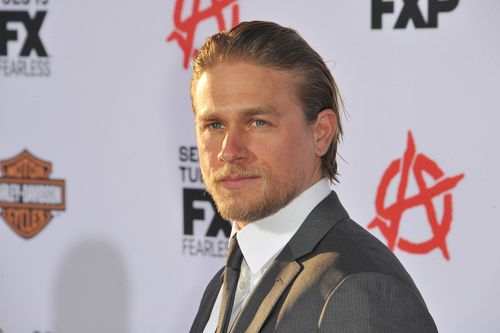 Charlie Hunnam Reveals Why He Quit 'Fifty Shades of Grey' - Actor explains he suffered a nervous breakdown. Charlie Hunnam from Sons of Anarchy recently revealed that he suffered a nervous breakdown and that was the reason behind 'Fifty Shades of Grey'. The Sons of Anarchy star says he was unable to transition from Jax teller to Christian Grey in such a short time.

Charlie Hunnam explained that he didn't want to disappoint the fans 'Fifty Shades of Grey'. “To fail on such a grand scale — because ‘Fifty's going to be massive, it's going to be huge. I really didn't want to fail on such a grand scale and I just couldn't transition from Jax Teller to Christian Grey in 48 hours,” Hunnam said. “I bit off more than I could chew and it was painful. I loved the character and I wanted to do it.” Hunnam pointed out that it was "heartbreaking" because he was excited to work with director Sam Taylor-Johnson. Charlie Hunnam will return to the small screen as biker Jax Teller on FX's "Sons of Anarchy" on Tuesday. Related:
Previous articleFBI Agents Fly in to Assist Kardashians Against Blackmail Plot
Next article'The Walking Dead' Creator Reveals His Plans for the Series Ending