According to the Georgia Help Wanted Hotline, Lionsgate and Discovery are now hiring crew members to work on the upcoming production as it films in Georgia. 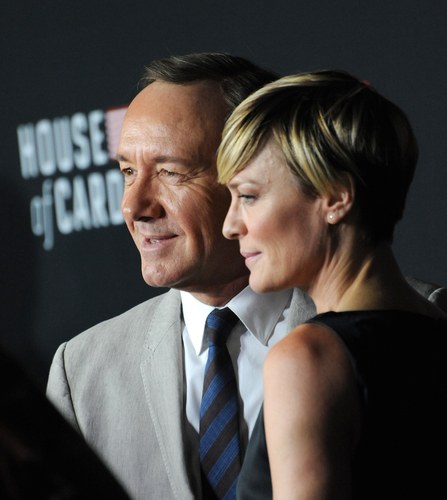 LOS ANGELES, CA - FEBRUARY 13, 2014: Robin Wright & Kevin Spacey at the season two premiere of their Netflix series "House of Cards" at the Directors Guild Theatre. (Featureflash Photo Agency / Shutterstock.com) Variety reports that the new series "Manifesto" will center around the story of how the FBI brought down one of the most infamous criminal masterminds in the world — Ted Kaczynski, also known as the Unabomber — from the point of view of an FBI profiler. To apply send your resume to: [email protected]

This is for a crew position not for an acting job. Stay tuned for casting calls...