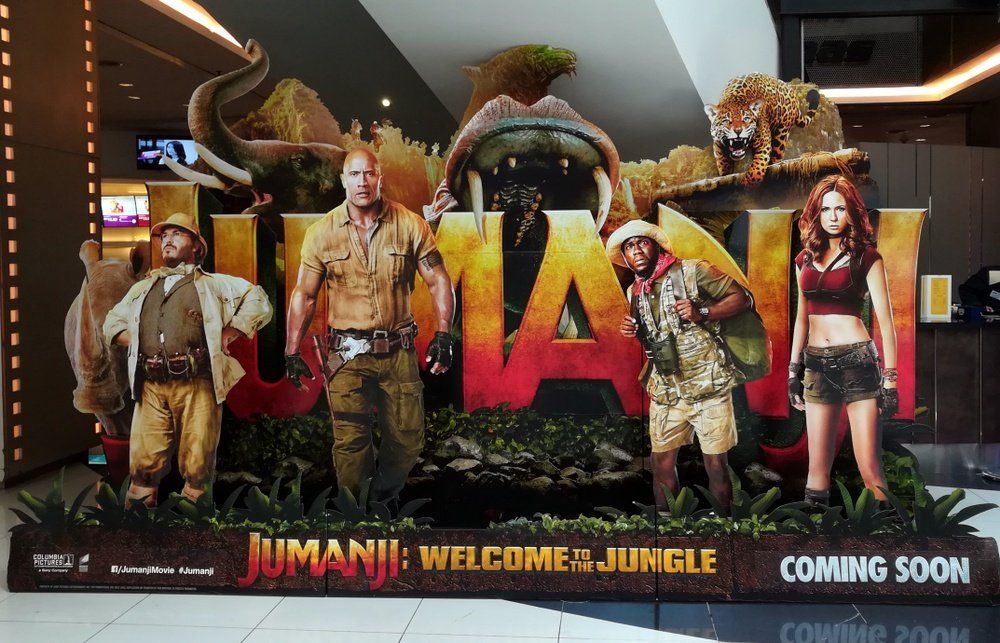 Tammy Smith Casting is now casting college students and drivers to work on scenes filming on Thursday, January 31st in Atlanta, Georgia. Producers are looking for college females ages 18 to 25 years old and drivers between the ages of 21 to 65. Details for the upcoming feature film have not been released. However, Sony Pictures is reportedly expected to film the sequel to Jumanji: Welcome to the Jungle in Atlanta, Georgia.

“J19”-  TYPES NEEDED TO WORK TOMORROW, THURS 1/31     The following  types are needed - all ethnicities WORKING tomorrow THURS 1/31 FILMING LOCATION: Atlanta (Blackhall Studios)   FEMALE COLLEGE STUDENTS for a dorm scene - FEMALE - AGES 18 to 25 - college ages/looks - early morning start time PAY RATE: $76 for 8 hrs with OT after that - SUBMIT TO: [email protected] - SUBJECT LINE: "DORM"   DRIVERS with CARS- confident/good drivers to do a few drive-by’s - Men and Women - AGES 21 to 65 - MID-AFTERNOON start time - will work until late 10pm or so - NOTE: this is not precision driving- it’s simply good drivers who will drive by PLEASE INCLUDE A BRIEF DESCRIPTION OF YOUR GOOD DRIVING   PAY RATE: $76 for 8 hrs with OT after that CARS: $25 plus add’l gas bump if warranted - SUBMIT TO: [email protected] - SUBJECT LINE: "DRIVER with CAR" PLEASE INCLUDE CURRENT, CLEAR, PHOTOS !!! Please send good CURRENT face photos: 1 from the chest up, and 1 full length photo from the knees up. Your photos should be the look of the type you are submitting for (college, etc…) Then please List the following First and Last NAME PHONE NUMBER (s) CITY & STATE (where you will be coming from!) Email address AGE Height Weight IF SUBMITTING TO BE A DRIVER, INCLUDE  CAR INFO: COLOR, YEAR, MAKE and MODEL DO NOT FORGET COLOR!! You MUST be WILLING TO WORK in the greater Atlanta area as a local hire

Please do not apply, if you are not local or if you do not fit the description. What do you think? Discuss this story with other fans on Instagram @projectcasting
Previous articleDwayne Johnson Reveals He's Not in 'Fast & Furious 9'
Next articleDocu-Series is Now Casting Kid Actors in Virginia