HomeCasting Calls'House of The Dragon', Game of Thrones Prequel is Now Casting (UPDATE) 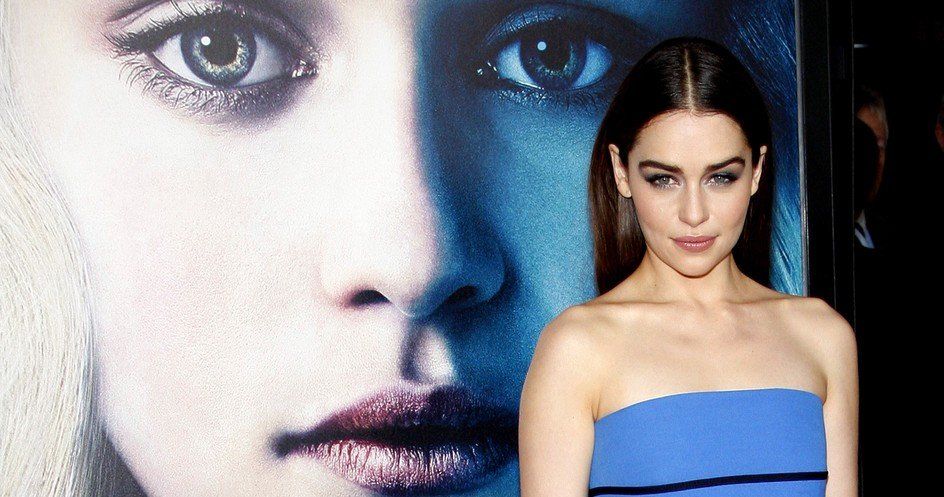 'House of the Dragon', the upcoming 'Game of Thrones' prequel is now casting speaking roles.

The Illuminerdi reports that House of the Dragon is casting for Daemon Targaryen, "the rogue prince," also known as "Lord Flea Bottom." Daemon was the brave brother of King Viserys I, the king whose descendants would fight over control of the Iron Throne in the civil war known in Westerosi history as "The Dance with Dragons." Daemon's connection with his brother is the point of George R.R. Martin's book, The Rogue Prince. Here's the character information uncovered in the story:

Here’s the background on the character . Daemon is considered the most dangerous man in Westeros and is known for conquering the region as the Stepstones and declaring himself a king. He later returned to King’s Landing, turned over his crown to his brother, and worked under Viserys by remaking the capital’s city.

HBO ordered House of the Dragon to series for 10 episodes in October 2019. George R.R. Martin, Vince Gerardis, Ryan Condal, and Miguel Sapochnik are executive producers, with Condal and Sapochnik also serving as showrunners. The series will film in 2021 for release in 2022.

(Update: July 21, 2020): HBO is quickly moving forward on its ‘Game of Thrones’ prequel. The network has started casting for the highly anticipated series, according to reports.

The project is based on George R.R. Martin’s ‘Fire & Blood’, which centers around the history of House Targaryen 300 years before the ‘Game of Thrones’. Ryan Condal from ‘Colon’y is the show runner behind the show and will work alongside Miguel Sapochnik, who directed some of the biggest episodes of ‘Game of Thrones’. Sapochnik will also direct the pilot and several additional episodes.

No official casting breakdowns are publicly available. However, many are speculating the potential leads in the upcoming book. ‘Fire & Blood’ centers around 150 years and includes the rise of the Westeros. Sources tell EW the popular ‘Dance of Dragons’, from the Targaryen Civil War will be featured at some point in the show.

HBO's 'Game of Thrones' ended in 2019, but the franchise is is moving on with a prequel spinoff, 'House of Dragon'. The show is now in production and a casting call for the series leads has been released. Knight Edge Media released the casting call info. Casting directors are now casting the following speaking roles: House of the Dragon takes place 300 years before Robert's Rebellion and as the casting call hints, it follows the story of the Targaryen kids, Aegon, Visenya and Rhaenys. The show will center on their rise to dominance. House of the Dragon is created by George R.R. Martin and Ryan Condal, with a pilot from Miguel Sapochnik. The new prequel will air on HBO with a 10-episode season and is believed to arrive in 2022.

"Game of Thrones" prequel series "House of the Dragon" is coming soon.

HBO has ordered the prequel to straight to series. HBO programming president Casey Bloys announced during WarnerMedia's media event on Tuesday. The new prequel is written by Ryan Condal (Colony), with George R.R. Martin set to co-executive produce. The latest Game of Thrones series is based on George R.R. Martin's 2019 book "Fire and Blod," and is a background history of House Targaryen (the ancestors of Daenerys) as they fight through a civil war. The 10-episode project is set 300 years before the events of "Game of Thrones." HBO executive Casey Bloys announced an event for HBO Max, which is AT&T's streaming service coming May 2020. The news comes a few hours after news broke HBO canceled a previously announced Game of Thrones spinoff series. HBO may have advanced with the "House of Dragon" series because “established history penned by Martin to serve as a backbone for the story,” according to Entertainment Weekly. While the canceled Game of Thrones spinoff series only had some "vague references to build on." The prequel, which shot over the summer starring Naomi Watts and showrunner Jane Goldman, was set  “thousands of years before the events of Game of Thrones” and would have shown “the world’s descent from the golden Age of Heroes into its darkest hour.” The Verge reports there were rumors of issues during the filming of the pilot. But, that is not uncommon. The original "Game of Thornes" had a lousy pilot, and HBO has to reshoot 90% of the episode before it aired. The goal of "House of Dragons" is to reach "The Dance of the Dragons ultimately." The Dance of the Dragons is a meaningful time in Seven Kingdoms history leading to a great war between House Targaryen. Stay tuned for casting calls, auditions, and news for the new "House of Dragon" series. Continue Reading:
Previous articleFriday's John Witherspoon Has Passed Away at 77
Next articleGeorgia-Filmed 'Lodge 49' Canceled After 2 Seasons