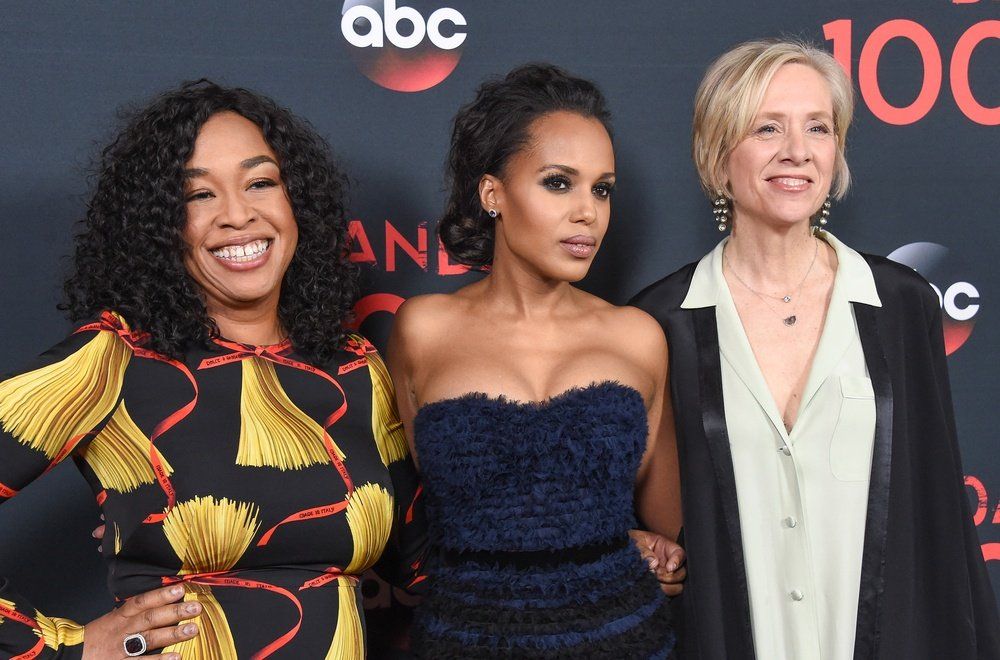 Kerry Washington opens up about her acting career and what it was like to audition for 'Scandal'.

Kerry Washington recently opened up with Terry Gross on NPR's 'Fresh Air'. In the interview, Washington spoke about what she enjoys about acting, why she got started, and the reasoning why the role of Olivia Pope on 'Scandal' is important to her. She says drama classes were fun due to the relationship with other actors. She says, “I had a lot of stage fright. I loved being part of a community of artists. Like, that’s what I always loved about theater companies. And I loved getting lost in the storytelling. I didn’t really love, like, performing in front of people (laughter). Like, I was nervous about the part – when it felt like it was me on stage, I was nervous. When it felt like it was a team of people on stage or it felt like I was another character on stage, then there was, like, real comfort.” Washington realizes her acting background helped her when she went to private school. During her time at Spence School, many of her classmates were wealthier than she was. She explains, “I think it was, you know, that early exposure to code-shifting I think was the beginning of my interest in acting in some way. And not that I was acting my way through junior high school and high school, but I did start to realize that you could shift the perception of who you are by taking on different characteristics in the world.” Washington touched on her audition for the role of Olivia Pope and how she felt she was perfect for the role, even though other actors felt the same way. She says, “When the script for Scandal was circulating – this has been talked about a lot in the press, but there hadn’t been a black woman as the lead of a network drama in almost 40 years. And I was – I don’t – around 35, 34, 35 at the time. So in my lifetime, I had never seen a network drama with a black woman as the lead. So this was a highly coveted role. And Shonda [Rhimes> really – she said she saw almost every black actress in Hollywood between the ages of, you know, 19 and 60. She really wanted to give everybody a shot. So when I read the script, I thought, this is mine. Like, it felt like it was written for me. It brought together so many of my worlds and so much of my life experience, working in Washington, working on the campaigns. I really felt like I was born to play her, but there were, like, 20 other actresses who felt the same way. So there were a series of auditions, several auditions. And first, I had a meeting with Shonda and then several auditions. And eventually, I really had the privilege of being able to take this on.” More Project Casting Tips for Actors:
Previous article'Riverdale' Creator Promises to Do Better and Support Black Actors and Characters
Next articleOrlando Casting Call for Several Principal Speaking Roles, Extras