'Narcos' star Boyd Holbrook reveals what it was like to film in Colombia.

Netflix's Narcos is one of the most popular shows on the streaming platform. The cinematic version of Pablo Escobar's life story was filmed on location in Colombia and apparently, it was not the easiest filming location in the world. Recently, in an interview with The Hollywood Reporter, actor Boyd Holbrook who plays DEA agent Steve Murphy on the series, revealed what it was like to work on the streaming series. 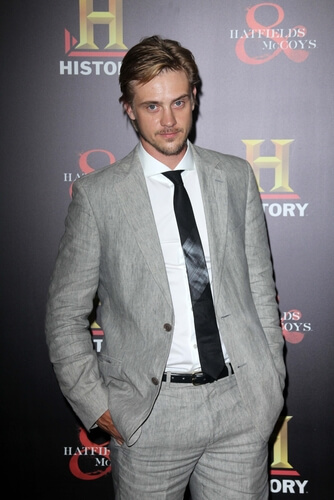 Boyd Holbrook at the "Hatfields & McCoys" Pre-Emmy Party, Soho House, West Hollywood, CA 09-22-12 He explains, “It totally changed my life, and I really mean that. It was the most difficult thing I’ve ever done. The amount of work and how ambitious the show is, because it is so ambitious. And then, to do it. It takes a lot out of you but it was extremely rewarding. I grew. For an actor, to go to work every day is a really rare occurrence. You may work on a film for three months max, and then you’re off, so you have to find another job and then work another three months. So to go to work every single day, those 16 to 18 months, was incredible. Repetition is everything.” What do you think? Discuss this story with fellow Project Casting fans on Facebook. On Twitter, follow us at @projectcasting.
Previous articleEvangeline Lilly's Audition for 'LOST' is INCREDIBLE [VIDEO]
Next articleSarah Paulson Reveals Her Secret to Hollywood